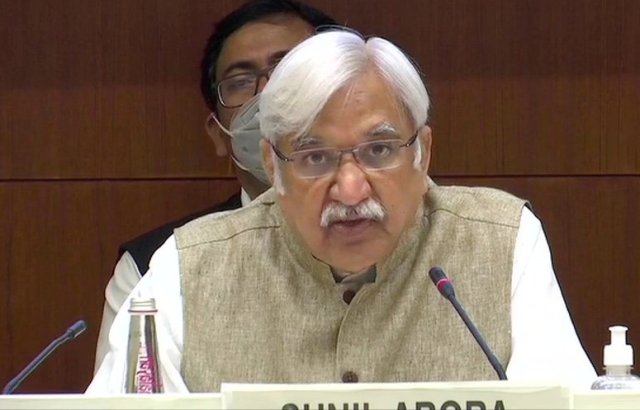 TNI Bureau:  The Election Commission of India (ECI) has announced the dates for assembly elections in Bihar. There will be a three-phase election for the 243-member House. It would be the first ever poll during Corona Pandemic.

? For voters, 7.2 crore single-use hand gloves have been arranged.

? Polling hours have been extended by one hour. It would be held from 7 AM to 6 PM. However, this will not be applicable to Maoist affected areas.

? Citizens about 80 years of age, can cast their votes by postal ballot.

? COVID-19 patients who are quarantined will be able to cast their vote on the last day of poll, at their respective polling stations, under the supervision of health authorities. They will also have the option of postal ballot.

? A maximum of 1000 people can vote at a polling station.

As per the constitutional provisions, Bihar has to elect a new 243-member assembly by November 29.

The main battle in Bihar will be between NDA (that includes JD(U), BJP, LJP and HAM) and the RJD-Congress Alliance.

RJD leader Tejashwi Yadav has sought to challenge Nitish Kumar as his father Lalu Yadav has been jailed.

Interestingly, the Mahagathbandhan, which had won the Bihar Elections in 2015, was the alliance of JD(U), RJD and Congress. However, Nitish later dumped RJD in 2017 and embraced the BJP.