His artistic instincts resulted in greater productivity, when he made up his mind to engrave all lines of Hanuman Chalisa on wooden pieces. 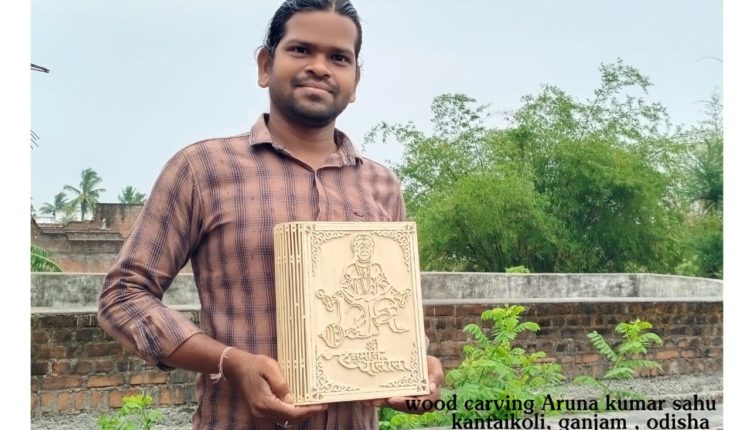 Insight Bureau: Artistic creativity with a penchant for perfection only seeks out the quintessential in God’s creations. As a gifted child of God, Arun Sahu, the 32-year-old wood carving artiste hailing from Ganjam district of Odisha, has carved an unbeatable position in designing and carving flawlessly the replicas of heritage monuments, situated across the world.

Born in Kanchuru village within a distance of 15 kilometer from the city-Berhampur, Arun was captivated to watch the inanimate pictures of world monuments on the pages of books. Although his father served as a carpenter, he drew the inspiration from the attractive pictures in the books. Easier said than done, he began carving the wooden monuments with dedication and perseverance only to attract the attention of one and all.

His carved pieces stand out as the unique ones as the buyers cast their glances on the rarely available replicas of Eifel Tower, Gate Way of India, Egyptian Pyramids, and last but not the least Taj Mahal in wood. As artistic carving of wooden pieces is nowadays rare and moreover, it is a dying art in the State, Arun had to face a tooth and nail battle in creating a niche for himself.

“I fled to Mumbai as my family was facing serious financial crisis. Hard struggle followed me during my stay there for 8 years. But toiling and honesty reaped me their rewards as my financial condition got the stability after this. I came back to my native place with single-minded devotion to pursue my passion for this art”-Says an effusive Arun.

His artistic instincts resulted in greater productivity, when he made up his mind to engrave all lines of Hanuman Chalisa on wooden pieces and after a few failed initiatives, his attempts materialized in to achievement. The wooden engraved version of the most successful treatise by immortal saint, Swami Tulsi Dash, has surprised one and all for its sheer creativity.

Although, Arun is busy these days in creating artistic wooden replicas of “Char Dham”- the four most sacred places of pilgrimage in Hinduism, his dream of constructing a museum of wooden replicas of all the heritage monuments and places in the world and keeping them under one roof is still a distant dream. A firm believer in God and His grace, Arun has continued his endeavors for excelling in the delicate wood carving art and approached the government for aid. In the last years, the international clientele has shown tremendous interest in his works as the people of his state have come forward to lend a helping hand. 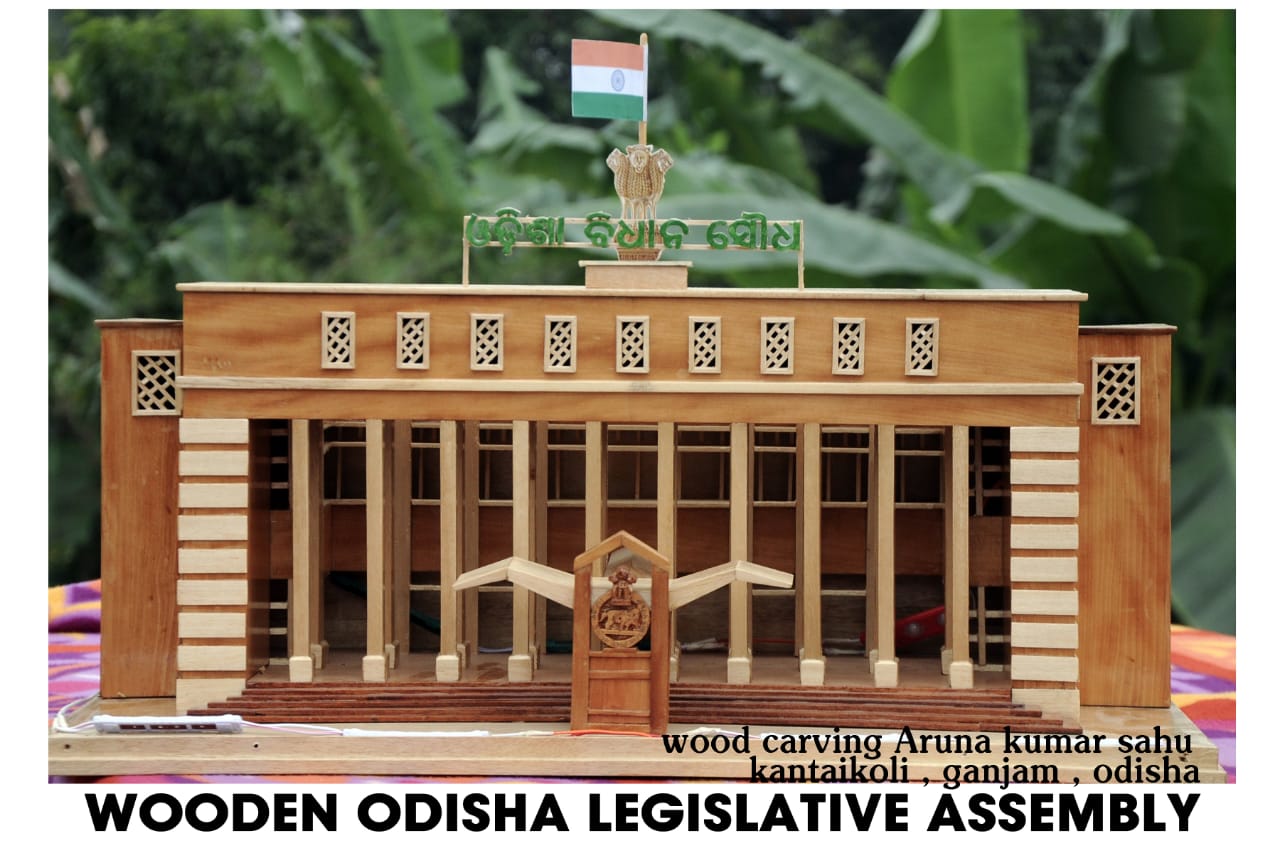 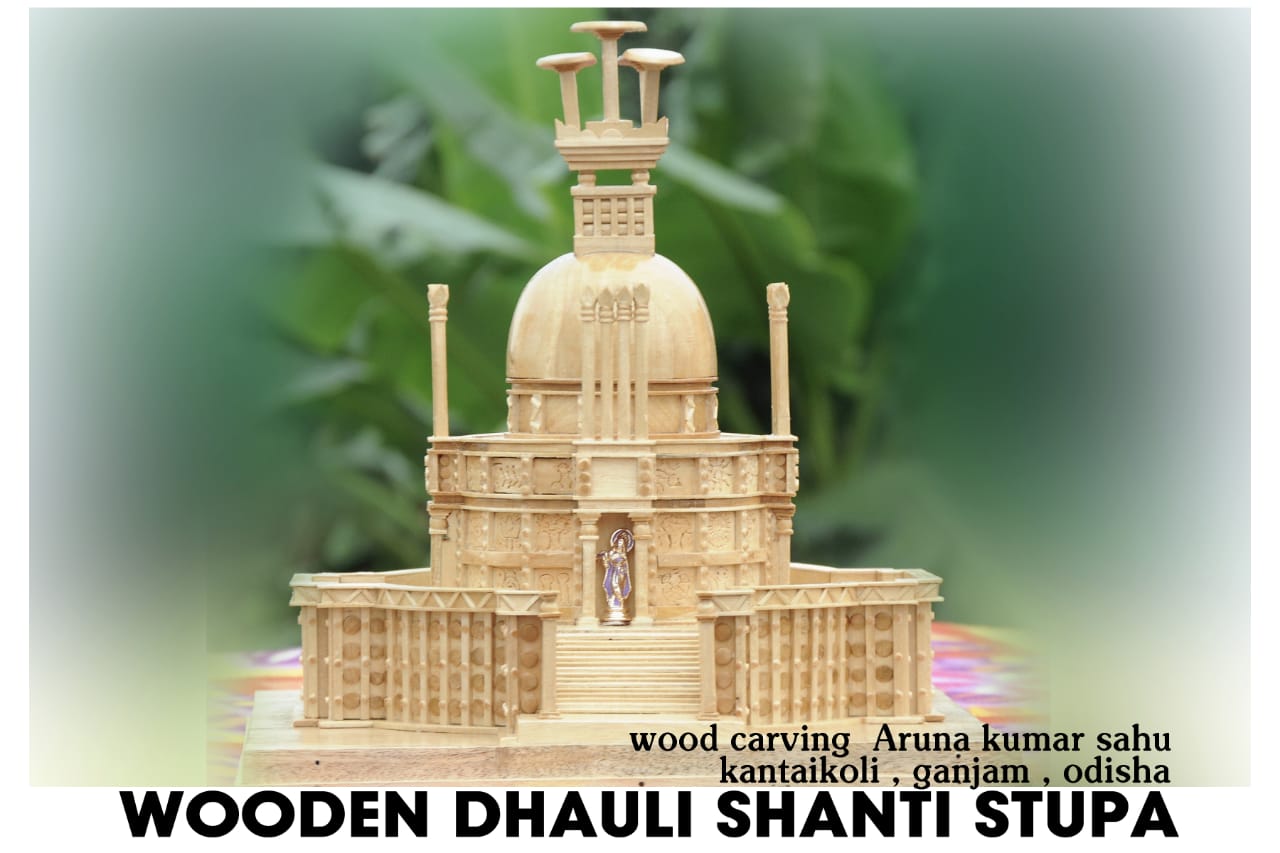 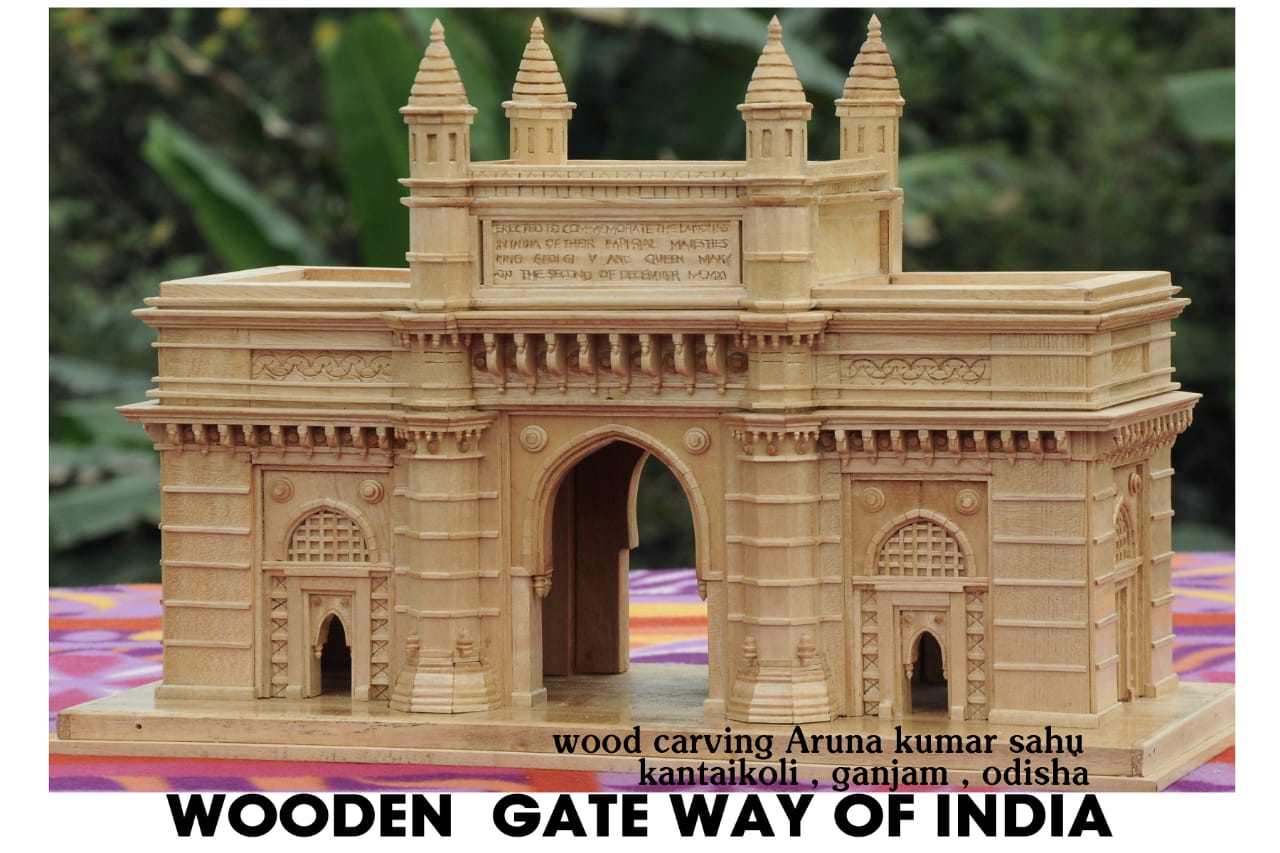 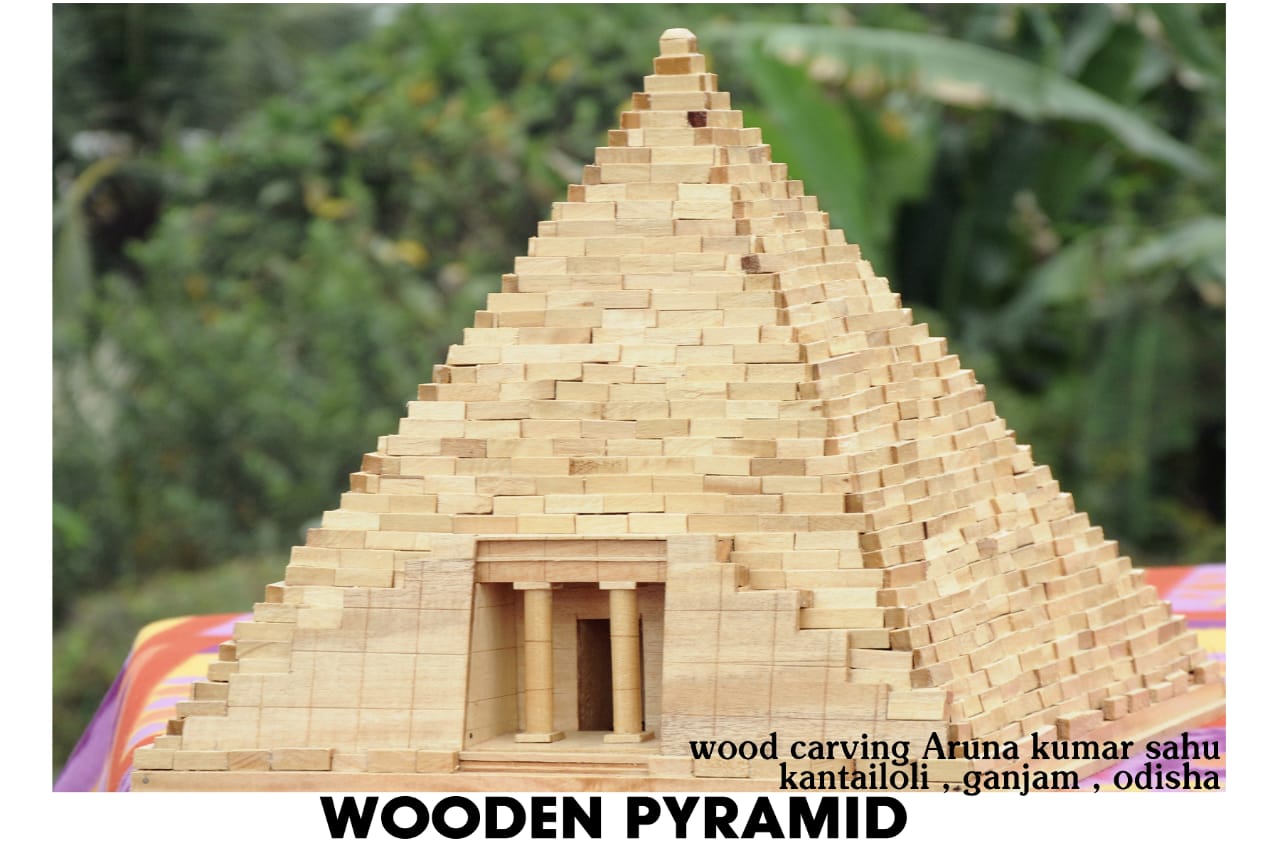 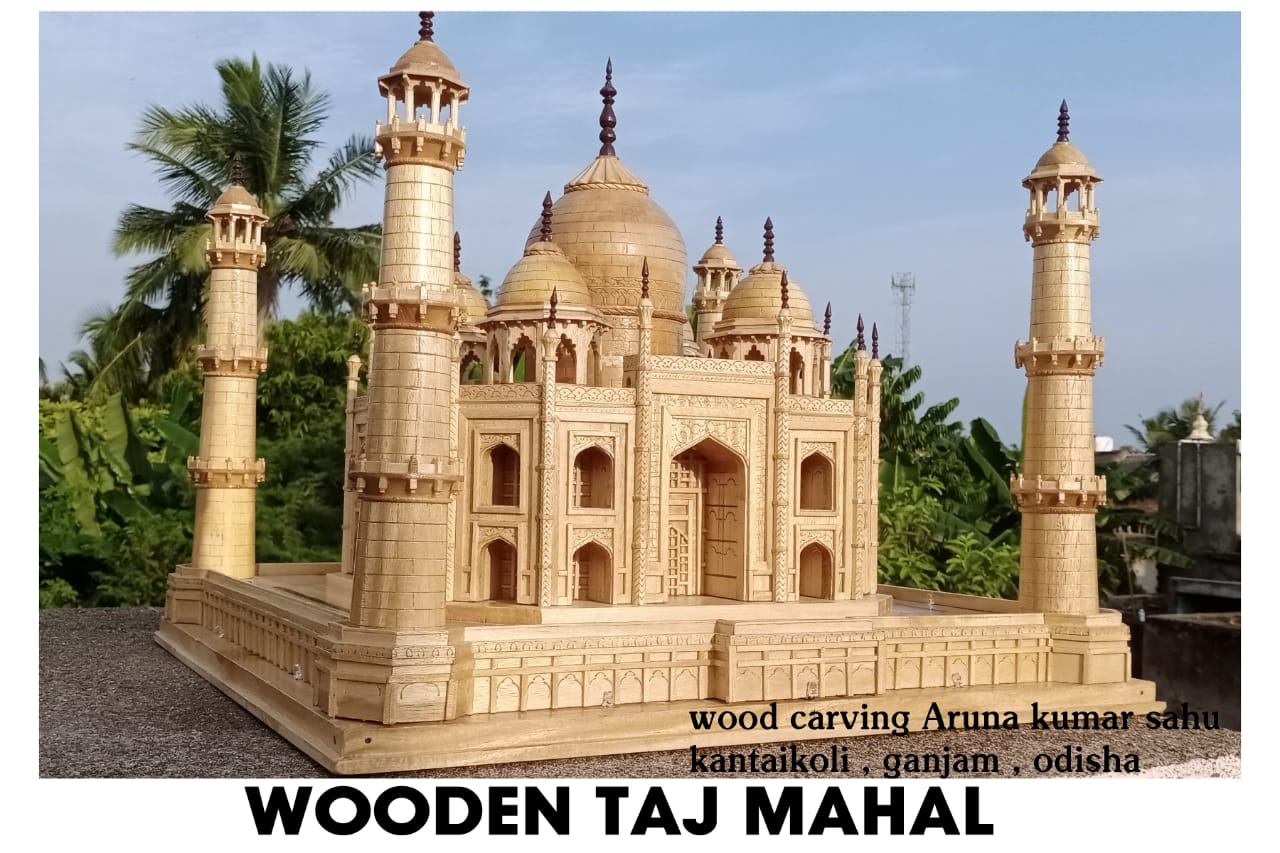 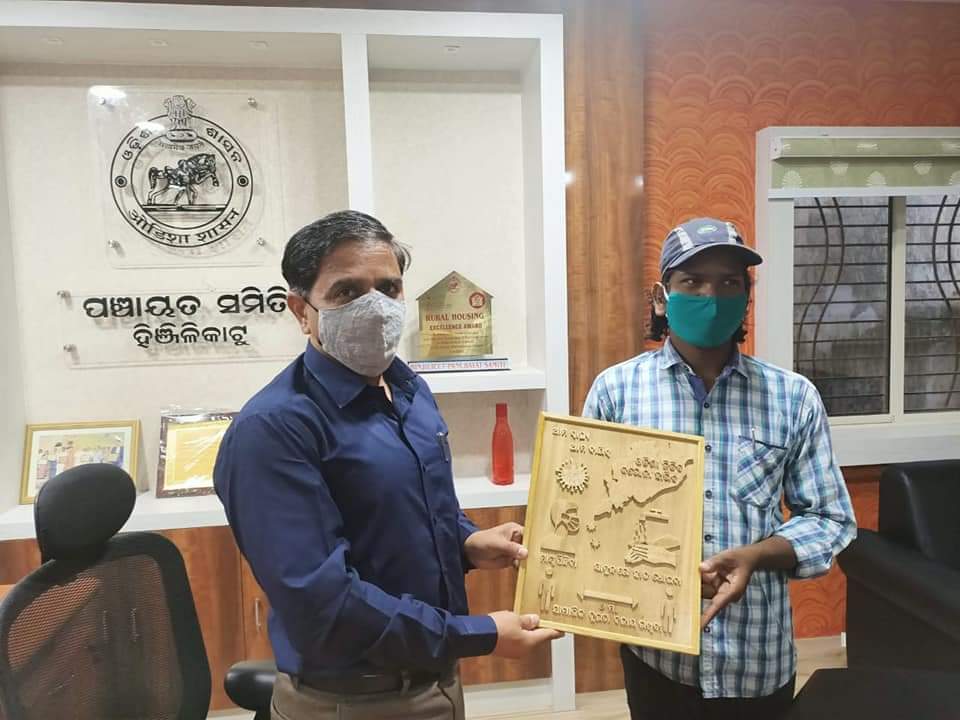