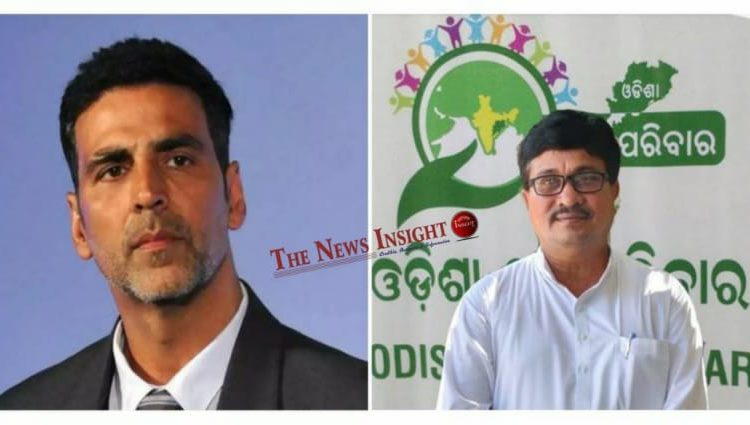 In yet another act of selfless service to the people in distress, Odisha Mo Parivar has come forward to facilitate proper healthcare facility to the house help of Akshay Kumar, Tutu Bhuyan’s wife Sangita Bhuyan who was admitted to the MKCG Medical College and Hospital in Berhampur in a critical condition.

Odisha Mo Parivar-Jeevan Bindu Ganjam Co-ordinator Subash Maharana made all arrangements for her successful surgery at the hospital.

Acknowledging the timely intervention of Odisha-Mo Parivar, Akshay Kumar had called its Convenor Arup Patnaik and thanked him as well as Subash Maharana. He also sent an appreciation letter to Subash Maharana for his selfless service during these difficult times. 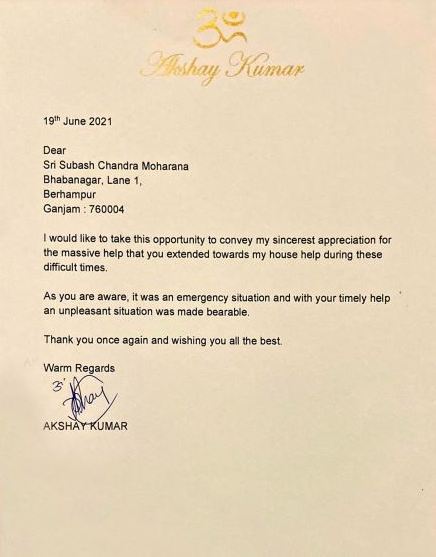