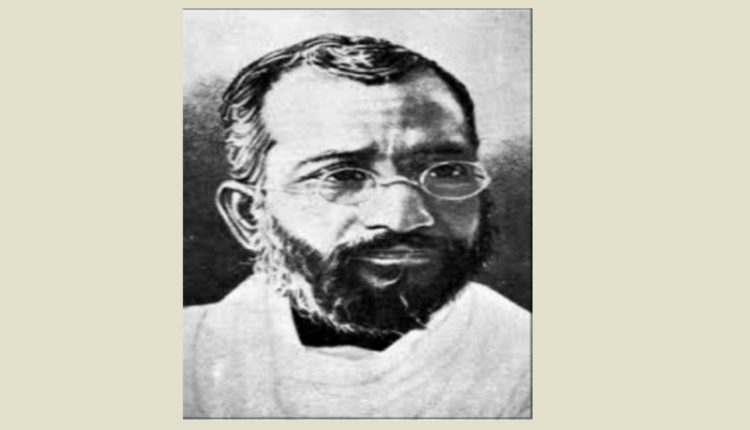 No Odia can forget the legendry Madhusudan Rao’s contribution to the field of Odia language and Literature. He is best known for his notable work ‘Barnabodha’ that makes every Odia proud to build up foundation knowledge in vernacular language.

‘Barnabodha’ was published in 1895. Soon after its publication, then education department had recognized it and prescribed as a workbook for all educational institutions.

Madhusudan Rao is popularly known as ‘Bhakta Kabi’ and his contribution towards Children’s poetry is remarkable. Some of them are ‘Sishu Gita’, ‘Chhandamala’, ‘Bala Ramayana’, ‘Sangitamala’, ‘Basantagatha’ and ‘Utkala gatha’.

The great poet was born in 1853 on January 29th at Pathuria Sahi, Puri. After schooling, he pursued education from Ravenshaw College and started his career as a teacher. Later, he became Deputy Inspector of Education.

He had a close association with Vyasa Kabi Fakir Mohan Senapati and Kabibara Radhanath Ray, the two doyens of Odia language and literature. We pay rich tributes to this great poet of Odisha on his Birth Anniversary, today.