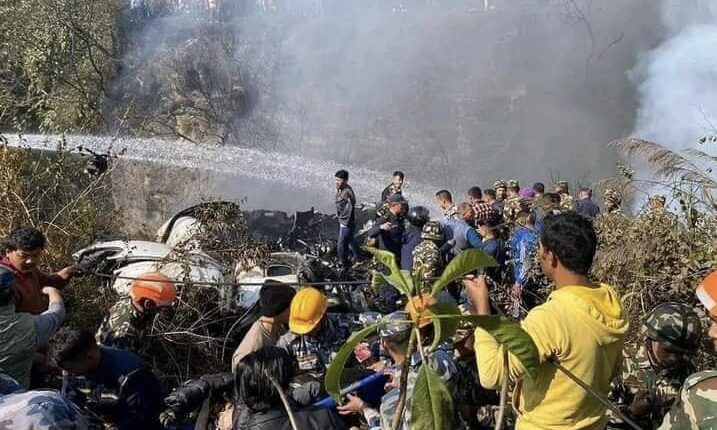 TNI Bureau: All 72 people including 68 passengers and 4 crew members are feared dead in the tragic plane crash in Pokhara. 5 Indians and 10 other Foreign Nationals were among those aboard the Yeti Airlines plane. There were 3 infants in the ill-fated flight.

The flight crashed during landing at Pokhara Airport. It was just 10 seconds away from the runway, when the crash took place. Most bodies were charred beyond recognition. While 68 bodies have been recovered so far, efforts are on to trace the 4 missing bodies.

The foreigners included 5 Indians, 4 Russians, 1 Irish, 2 Koreans, 1 Argentine, 1 Australian, and 1 French. Apart from these, 53 Nepalese were on board. The Indians were identified as Abhisekh Kushwaha, Bishal Sharma, Anil Kumar Rajbhar, Sonu Jaiswal and Sanjaya Jaiswal.

Helplines of Indian Embassy in Nepal: