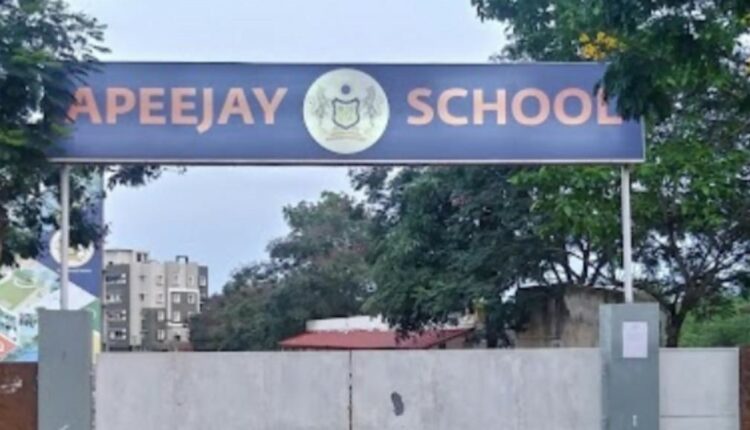 Insight Bureau:  A private school in Bhubaneswar has come under the scanner for violating the basic humanitarian values.

Parents of around 34 students staged a protest in front of the Apeejay School, Bhubaneswar in Ghatikia which comes under the aegis of Apeejay Education Trust, a welfare Trust of the Apeejay Surrendra Group, on Tuesday as 34 children of three classes were locked in one room because they had not been able to pay the school fees.

The parents alleged that from 9.30 in the morning to 2.30 in the afternoon, the children were kept in custody for 5 hours. Despite the intense heat, the room fan was not turned on.

They further alleged that no classes were conducted for these students of Class III, IV and V and they were also not allowed to have a tiffin break or go to the washroom. They were not provided with water as well.

The parents of the students have not been allowed to take their children home.

The parents and guardians have sought action against the school authorities. They have also moved Child Protection Committee in connection with this incident.

On the request of the parents, the Bharatpur police detained and interrogated Soumya Ranjan Panda, the administrative officer of the school.