1st Chairperson of NCW, Jayanti Patnaik passes away at 90 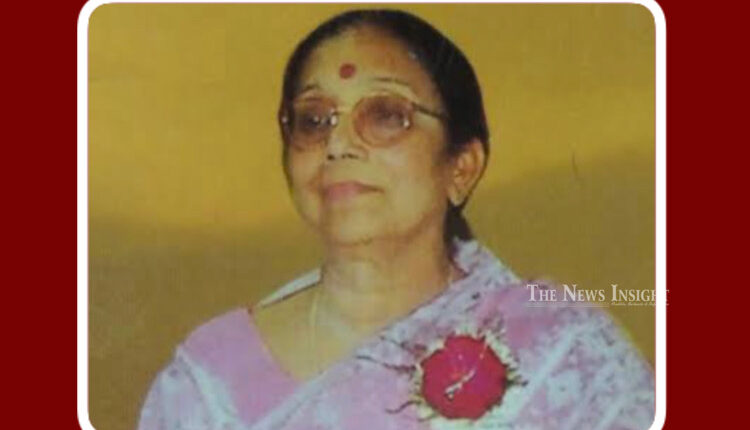 TNI Bureau: Veteran Congress leader, former Lok Sabha MP and first Chairperson of the National Commission for Women, Jayanti Patnaik passed away at the age of 90 at a private hospital in Bhubaneswar.

Jayanti Patnaik was the wife of former Odisha CM and ex Assam Governor late JB Patnaik. Born in 1932 at Aska in Ganjam District, she excelled in studies in Odisha and then pursued advanced studies in Tata Institute of Social Sciences, Mumbai.

She won from Cuttack Lok Sabha seat in 1980 and 1985 and then from Berhampur in 1998. She was an eminent writer and social worker.

Jayanti Patnaik became the first Chairperson of the National Commission for Women, when it was founded in 1992. She held the post from 3rd February 1992 to 30th January 1995.

Did You Know – The KarniMata Temple in Rajasthan?