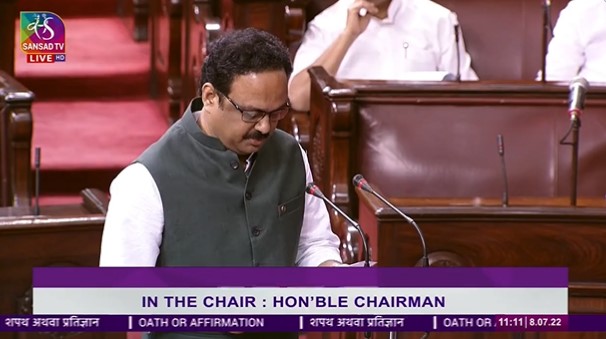 Insight Bureau: Rajya Sabha MP Manas Ranjan Mangaraj through a Special Mention in the Rajya Sabha raised the demand for early completion of Jeypore and Utkela Airports in Odisha.

Both these airports along with Jharsuguda Airport were planned under UDAN scheme in 2017 but the work for these two airports started quite late only in 2020.

“I would like to draw your attention to the unprecedented delay in completion of two airports in Maoist infested region of Koraput and Kalahandi districts. The Airports in Jeypore (Koraput) and Utkela (Kalahandi) were planned along with Jharsuguda Airport under the UDAN scheme way back in 2017, but the work began only in 2020 after a lot of deliberations and persuasions”, the BJD MP said.

“While the Jharsuguda Airport has become operational and Rourkela has been added to the list of UDAN, people in Koraput and Kalahandi are still awaiting their dreams to be materialised. Despite several inspections and promises thereafter, things are getting delayed for unknown reasons”, Manas Ranjan stated.

“Both Koraput and Kalahandi are known as the gateway to commercial hubs in the neighbouring states. Whether in terms of business viability or safe communication mode in the wake of Maoist threats, Jeypore and Utkela Airports are very crucial not only for people in the region but also for the entire State”, he further stated.