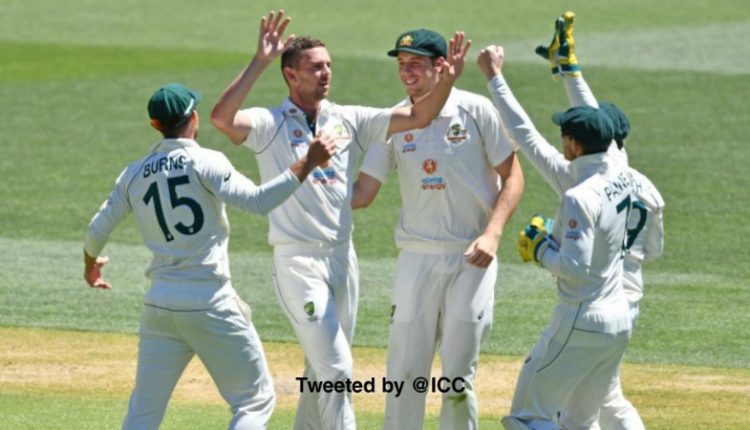 TNI Bureau: Team India suffered a dramatic collapse in Adelaide Test, as they slumped to their lowest-ever Test score of 36/9 in the second innings.

India’s previous lowest Test innings score was 42 against England at Lord’s in June 1974.

With Mohammed Shami getting retired hurt, Team India ended at 36/9 in the second innings. No batsman could reach the double digit score. Mayank Agarwal was the top scorer at 9. Pujara, Rahane and Ashwin failed to open their account.

Australia need 90 runs to win the 1st Test match at Adelaide and take a 1-0 lead in the series.