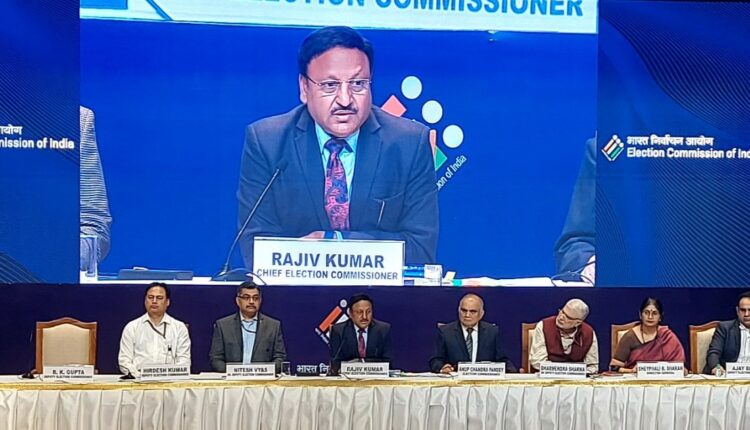 TNI Bureau: The Election Commission of India on Thursday announced schedule for the much awaited Gujarat Assembly polls.

🔵 While elections in Gujarat will be held in two phases on December 1 and 5, the counting of votes for all 182 assembly seats will take place on December 8, informed the Chief Election Commissioner Rajiv Kumar. 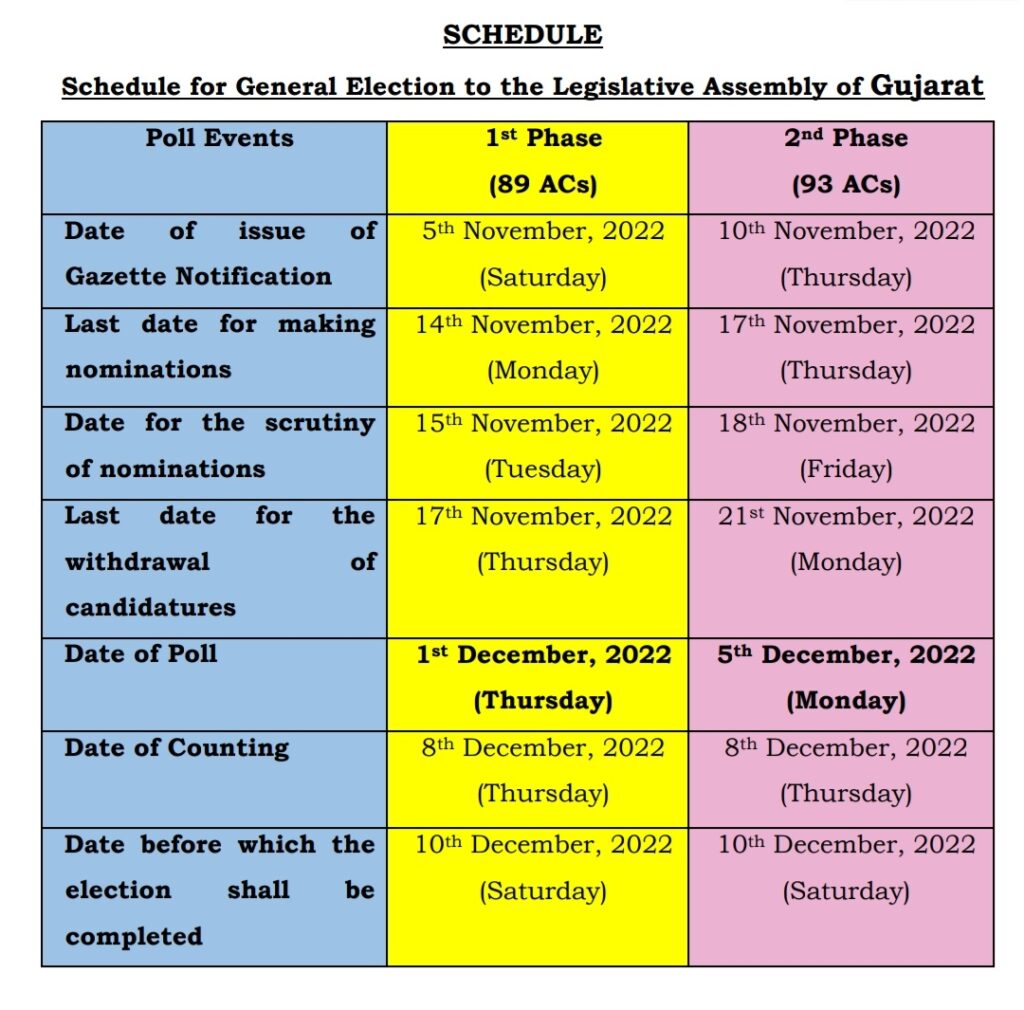 🔵 There are over 4.9 crore electors eligible to vote this year. 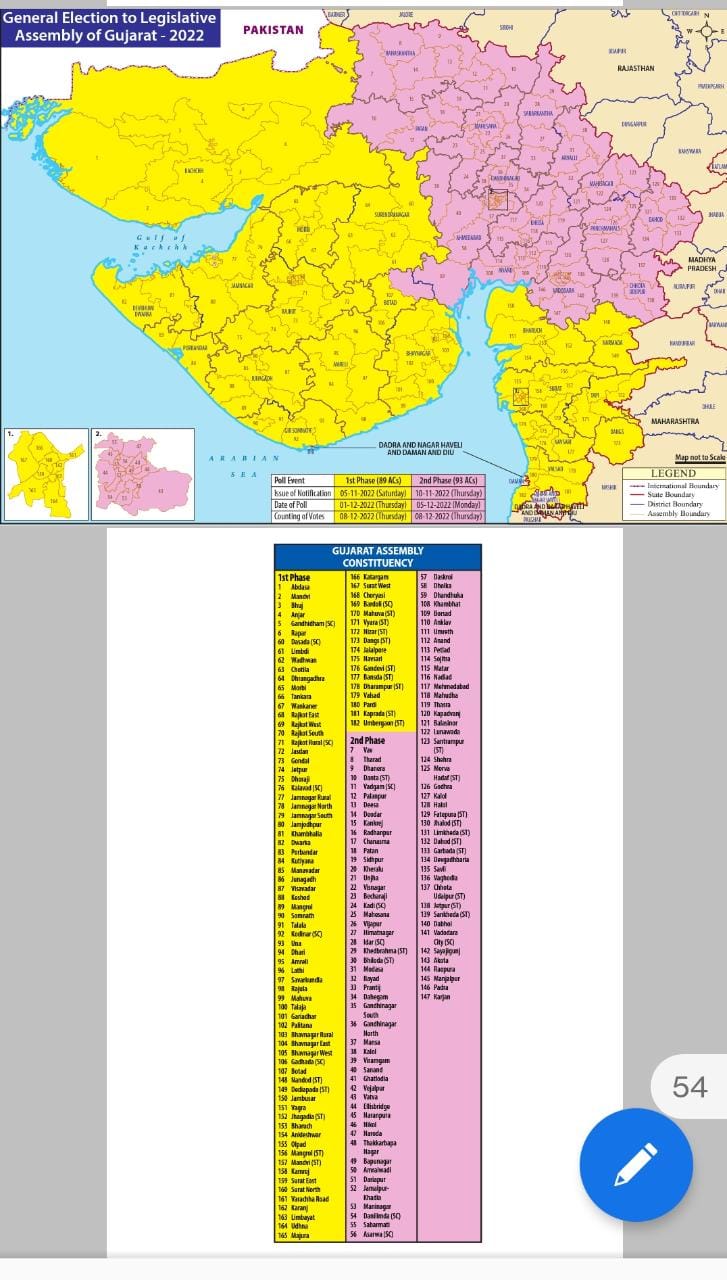