"The inhumane manner in which journalists, stringers, and district reporters are often treated by the police, in an effort to suppress any independent reporting is a matter of grave concern," it added. 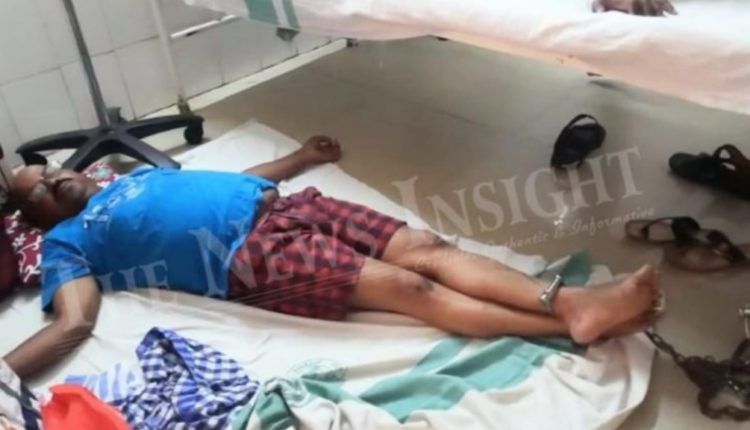 Insight Bureau: Two incidents where journalists were humiliated and treated in inhuman manner, triggered massive outrage across the country. The Editors Guild of India has condemned the both the incidents in Odisha and Madhya Pradesh in strongest possible manner.

In Odisha, a Senior Journalist was chained with his leg being tied to the hospital bed with a handcuff. He was allegedly victimised for daring to expose the erring cops. In Sidhi, Madhya Pradesh, a journalist, a YouTuber and another group of persons were stripped inside the police station following their arrest on a complaint made by a BJP MLA’s son.

“The Editors Guild of India is shocked and outraged by the manner in which the police of Sidhi district, Madhya Pradesh arrested, stripped and humiliated a local journalist as well as some members of a civil society on April 2, 2022,” the Guild said.

“In another incident in Odisha, on April 7, police in Balasore district chained a journalist’s leg to hospital bed after an alleged case of assault. The journalist Lokanath Dalei though has claimed that he was arrested in response to his reporting of corruption by the police on various irregularities on their affairs,” it said in Odisha context.

“The inhumane manner in which journalists, stringers, and district reporters are often treated by the police, in an effort to suppress any independent reporting is a matter of grave concern,” it added.

“The Editors Guild of India urges the Union Home Minister to take immediate cognizance of police excesses against journalists and civil society members and issue stern directions to all levels of law enforcement agencies to respect democratic values and freedom of press. At the same time, strict action need to be taken against those who misuse state power”, the Editors Guild said.

Meanwhile, taking a suo moto cognizance of the matter, the Odisha Human Rights Commission has directed the IG (Eastern Range) to submit report within 15 days following a thorough probe of the circumstances that led to the incident. While one Constable has been suspended in connection with the case, a DCP level probe is underway the ascertain the cause as well as involvement of other police officers if any.

Only a Constable was suspended in connection with the case. No action against the IIC or any other Cops yet. #TNI #Insight #Odisha #OdishaNews pic.twitter.com/VDizGFvMOd

Editors Guild of India is shocked by the manner in which police arrested, stripped, and humiliated a local journalist in Sidhi, MP, as well as chained another journalist in Balasore, Odisha. Urges Home ministry to act immediately and take strict actions. pic.twitter.com/wSMjCesLR6