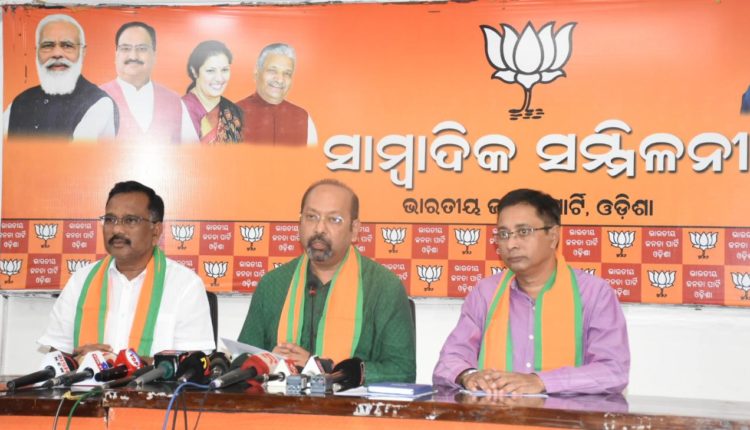 Insight Bureau:  The Odisha unit of Bharatiya Janata Party (BJP) slammed the BJD-led Government in the State over the Comptroller and Auditor General (CAG) report that said that State Government had failed to achieve its targets over the last few years in several development sectors.

The BJP has targeted the state government for corruption amounting to crores of rupees in different departments.

Addressing a presser held at party headquarter in Bhubaneswar, the State Vice President Bhrugu Baxipatra said that the BJd party has been in power in the State for the last 22 years. However, the irregularities that have been reported in this period might have not been witnessed in any State.

“While, Rs 1610 crore corruption surfaced in Forest, Public Works & Water Resources Departments, the State Government is yet to submit UC of Rs 36,000 crore to the Centre,” Baxipatra said.

He alleged that while there is no provision in the norms to divert Compensatory Afforestation (CAMPA) funds for other projects, the State Government used around Rs 225 crore from the fund for other purpose, violating the guidelines.

Notably, the CAG came down heavily on the State government indicating that plantation undertaken by the State did not result in improvement of degraded forest area.