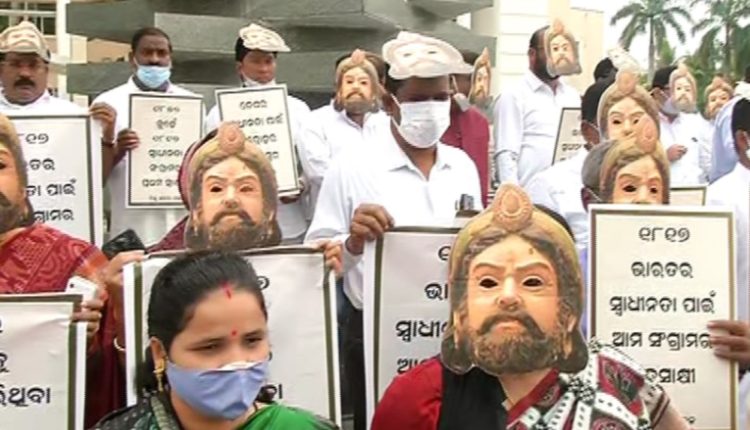 Insight Bureau: The BJD on Monday has protested against the Paika Rebellion not being recognised as the country’s first war of independence. Members of the ruling party protested, wearing face masks of Jayi Rajguru in the assembly.

BJD legislators also chanted slogans under the Gandhi statue in the assembly constituency. 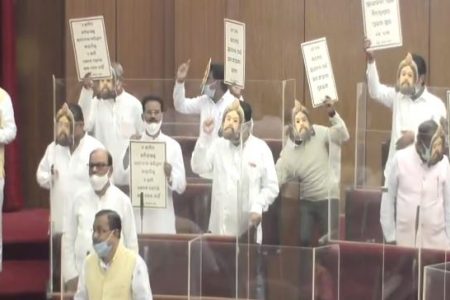 The stalemate in the assembly continued for the fifth day in a row.  Earlier, on Saturday speaker Surjya Narayan Patro adjourned the house till 4 pm.

The BJP, on the other hand, has staged a rally to send a letter to the Chief Minister on the issue of Mamita Meher Murder Case. BJP members marched to the Lower PMG post office in a huge procession. “As the CM remains absent in the House, we are forced to send letters to him”, say BJP MLAs. 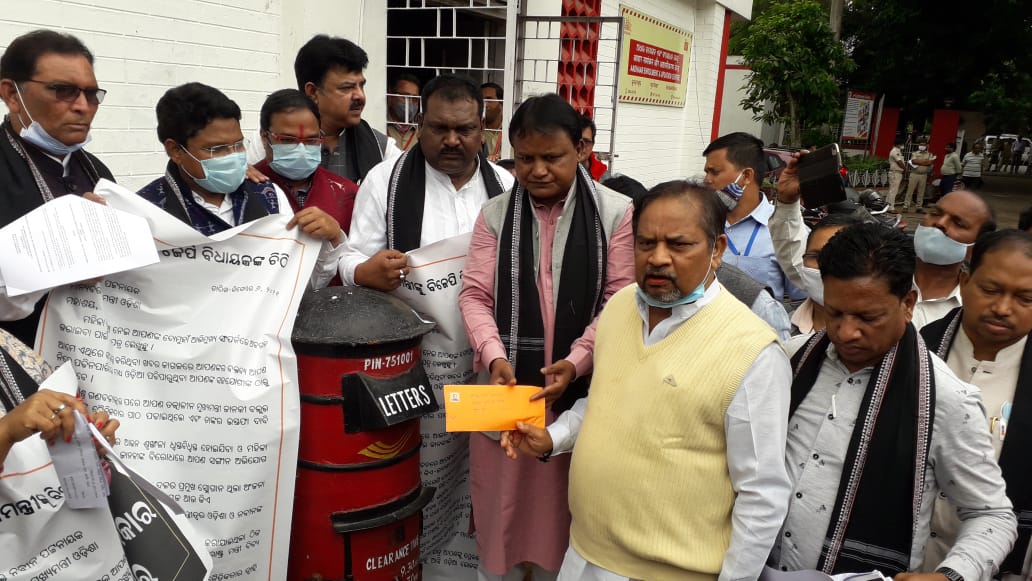