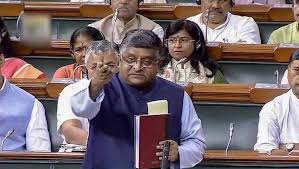 ➡️ The Shree Jagannath Temple Administration (SJTA)  issues fresh SOP for darshan of the Trinities at Srimandir in view of the present situation of COVID 19.

➡️ SJTA to allow devotees to have Mahaprasad at Ananda Bazar from February 12.

➡️ Odisha Government moves Supreme Court against the Andhra Pradesh (AP) Government challenging the conduct of panchayat elections in three of its villages in Kotia of Koraput district.

➡️ Soro: A girl dies after falling into a bore well pit at Salagadia village under Khaira police limits.

➡️ Ahead of the Budget session of the Odisha Legislative Assembly, Speaker Surya Narayan Patro calls for an all-party meeting on 17 February.

➡️ Devotees may not be allowed to pay obeisance at Shree Jagannath’s Padma Mukha Besha.

➡️ Maharashtra: Bharat Biotech’s Covaxin will be rolled out in all district hospitals of the State from next week.

➡️ Around 7 million people have been vaccinated in India till now.

➡️ “Implementation of disengagement agreement started Wednesday in North and South Bank of Pangong Lake. Indian troops will be based at their permanent base at Dhan Singh Thapa Post near Finger 3. Chinese side will keep its troop presence in North Bank area to east of Finger 8”: Rajnath Singh.

➡️ “Apps can work in India if they adhere rules, follow the Indian constitution; tough action will be taken if Social Media misused”: Ravi Shankar Prasad amid Twitter Row.

➡️ Activist Rona Wilson urged the Bombay High Court seeking the quashing of criminal proceedings against him for allegedly inciting violence in Bhima Koregaon near Pune.

➡️ The desi microblogging platform ‘Koo’ announces that the Chinese investor ‘Shunwei Capital’  will withdraw their shareholdings from the company.

➡️ The farmers have decided to intensify their demonstration against the farm laws by organising a “rail roko” Andolan on 18 February.

➡️ The Central Government mentioned Greta’s toolkit and US Capitol violence in a meeting with Twitter.

➡️ US clarified that there is no change in its policy on Jammu and Kashmir.

➡️ Myanmar: A close aide of detained leader Aung Saan Suu Kyi has been arrested by the army.

➡️ Hundreds of migrants have begun to move across Panama after the lockdown.

➡️ Pharmacies in the United States will begin to offer Covid-19 vaccines fro today under the federal retail pharmacy program.