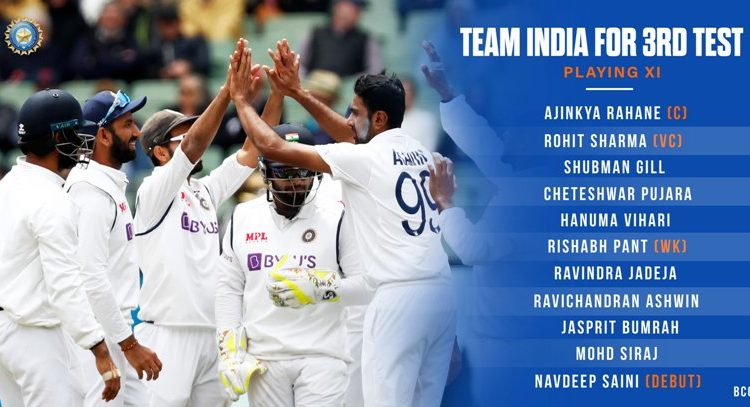 TNI Bureau:  Team India has announced its Playing XI for the 3rd Test match against Australia in Sydney that begins tomorrow, January 7, 2021.

Opener Mayank Agarwal has been dropped from the team. Vice Captain Rohit Sharma returned to the team after recovering from injury. He will open the innings with Shubman Gill.

India and Australia are levelled at 1-1 in the Series with two Test matches to go.