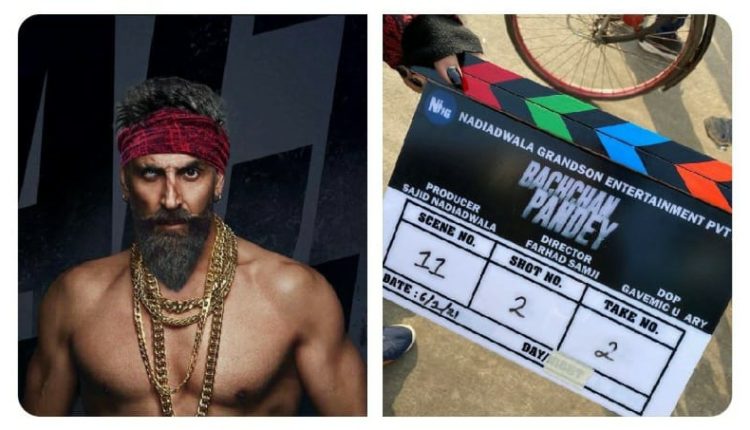 TNI Bureau: The shooting of Bachchan Pandey kicks off today at Jaisalmer, Rajasthan, starring new avatar of Akshay Kumar, Kriti Sanon, Arshad Warsi, Pankaj Tripathi and Jacqueline Fernandez. The directors Farhad Samji and Warda Nadiadwala were looking for someone who could match the comedy timeline of Akshay Kumar. It is a remake of the Tamil movie, ‘Jigarthanda’.

The producer Sajid Nadiadwala will mark the first collaboration between Pankaj Tripathi and Akshay Kumar. Pankaj Tripathi was earlier seen in the movies like Super 30. He will also be seen in the new Indian sports drama movie, ’83’, which is yet to release.

The new action-comedy movie attracted many audiences who were excited to see Akshay Kumar and Kriti Sanon in a new avatar. Akshay Kumar is much loved worldwide for his unconventional movies on social issues.

Kriti Sanon took her Instagram to post a picture of the first day of Bachchan Pandey. The shooting has started with excitement and fun. The character details are yet to unfold. The movie is scheduled to release this year.

All Religious Institutions in Cuttack to reopen from tomorrow