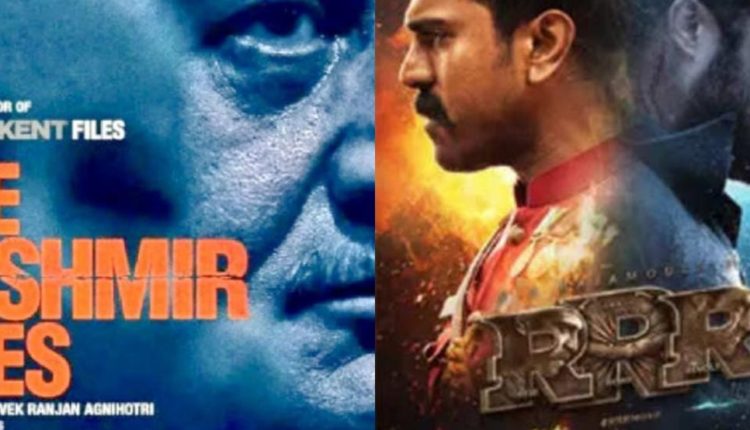 Insight Bureau:  ‘The Kashmir Files’ has been creating  tsunami at the box office ever since its release on March 11.

From opening with just 400 screens on the first day to having 4000 screens in the second week, the film managed to overshadow other films that were released during the time.

RRR opened worldwide on March 25 and, as per the box office numbers, it did phenomenally well on day 1. RRR minted a whopping amount of ₹156 crore on day 1 in India.

As per reports by Taran Adarsh, it is said that due more screens play of RRR, ‘The Kashmir Files’ box office is being impacted.

SS Rajamouli’s RRR is a period action-drama based on the life of legendary revolutionaries Alluri Sitarama Raju and Komaram Bheem whereas ‘The Kashmir Files’ is an historical drama which refreshes Kashmir’s dark history and recounts the plight of Kashmiri Pandit refugees following their exodus from the valley in 1990.

Naveen to visit Delhi; BJP may seek his support in Presidential Polls