Dr. Krishan Kumar was returning from Puri when he spotted the road mishap victim. 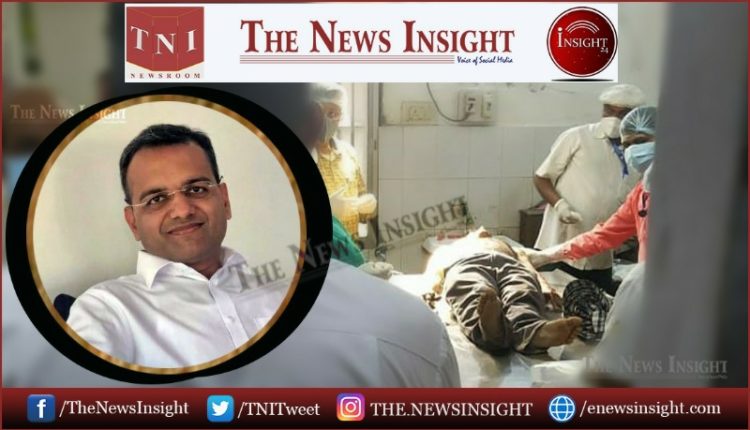 TNI Bureau: Senior IAS officer of Odisha, Dr Krishan Kumar turned a Good Samaritan during Lock down evening and saved the life of a road accident victim on the outskirts of Bhubaneswar, on Thursday.

The rescued man has been identified as Ratnakar Pradhan(38) of Sakhigopal, Puri.

Dr Kumar, Commissioner-Cum Secretary, Public Works Department of Odisha and Chief Administrator of Shree Jagannath Temple Administration, was returning from Puri to Bhubaneswar in the evening when he came across Ratnakar lying on the middle of Puri-Bhubaneswar National Highway near Kausalyaganga. He had sustained injuries on his head but due to lock down, there were hardly any people to help him.

Dr Krishan Kumar stopped his car and came near him. The man was bleeding from his head profusely. Immediately, he took him to the Capital Hospital and ensured his timely treatment. A CT scan was also conducted but found to be out of danger by the doctors.

The IAS officer became glad to know that the accident victim was safe. His noble gesture has been appreciated by everyone.

Notably, Dr Krishan Kumar is a 2002 batch officer, who has earlier proved his professional skill and responsibility as a Collector and District Magistrate of Sundargarh, Kandhamal and Ganjam. He has also worked sincerely as Municipal Commissioner and Managing Director of Smart City and Vice Chairman of Bhubaneswar Development Corporation (BDA) for five years between 2014 to 2019.