Odisha has a higher percentage of drinkers than the national average. 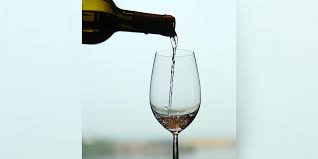 TNI Bureau: Odisha has the privilege as the state appears to have gone on a binge, with per capita annual alcohol consumption increasing by a whopping 71 percent in the last decade and a half.

Odisha has a higher percentage of drinkers than the national average. Even in terms of liquor consumption, Odisha ranks first among states such as Gujarat, Rajasthan, and Bihar.

According to the Sample Registration System (SRS) Baseline Survey Final Report, in terms of liquor consumption, alcohol was consumed by 8.5% of males and 0.9% of females in Odisha between the ages of 15 and 29.

Women in Odisha are catching up to their male counterparts. The rate of female liquor consumption in the state is also higher than the national average, at 4.3%. In the state, approximately 4.3 percent of women consume alcohol, compared to 1.6 percent nationally. According to the survey results, 22.7 percent of people in urban areas and 30.2 percent of people in Odisha drink alcohol.

Opposition members raised the issue through an adjournment motion, criticising the State government for its double standard in this regard. While the ruling BJD promotes Gandhi’s ideals, liquor stores are proliferating throughout the state, according to Opposition Chief Whip Mohan Majhi, who initiated the debate.