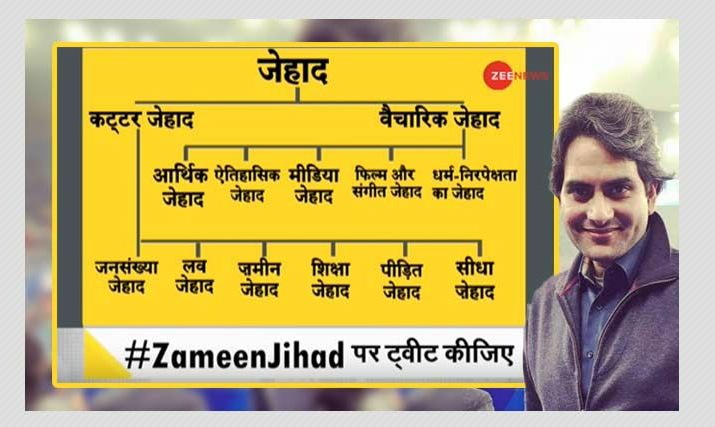 TNI Bureau: The News Broadcasting Standards Authority (NBSA) has found that Zee News has prima facie violated the fundamental principles of Code of Ethics by broadcasting a programme by Sudhir Chaudhary on different kinds of “jihad”.

NBSA has summoned Zee News for a hearing on a complaint filed by Activist Saket Gokhale against Zee News for that programme. The hearing will take place on November 26 via video conferencing.

The programme was broadcast on March 11, 2020 where Sudhir Chaudhury showed a “jihad chart” copied from a dubious Facebook page to claim that there was an attempt to change the demographics of the Hindu majority region of Jammu, by increasing its Muslim population.

Zee News also ran a hashtag #ZameenJihad while “explaining” the existence of different kinds of “jihad”.