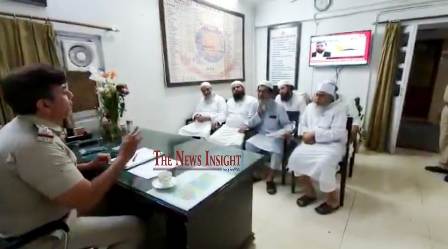 TNI Bureau: While 10 people have died and around 360 have tested positive for Coronavirus across India, States finding it tough to handle the attendees from Nizamuddin Markaz. At least 19 States are affected by Markaz returned people.

👉The only good news came from Odisha, as 15 samples of Markaz attendees have been found negative for COVID-19.

👉 A person who had returned from Nizamuddin Markaz, attempted suicide at Rajiv Gandhi Super Speciality Hospital, Delhi. He was saved by hospital authorities.

👉 Some persons quarantined at the Railway Facility at Tughalakabad, mishbehaved and abused the staff. They also started spitting all over and persons working/attending them, including doctors, as confirmed by CPRO, Northern Railways.