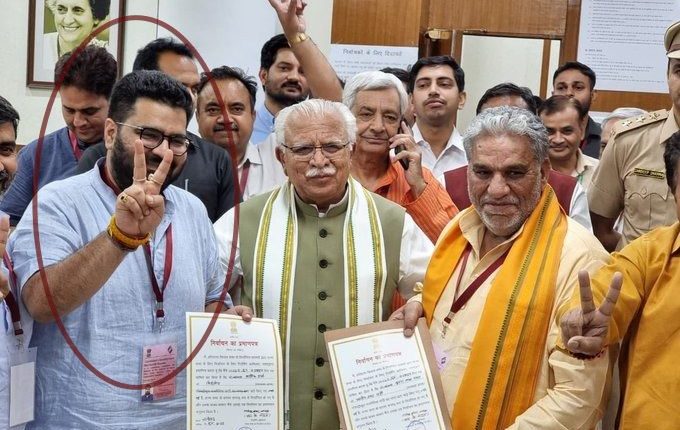 Insight Bureau: The newly-elected Rajya Sabha MP Kartikeya Sharma, whose victory has left the Indian National Congress (INC) stunned, is an entrepreneur from a family with strong ties to Congress.

Sharma is the younger son of the former Union Minister and former Congress leader Venod Sharma.

According to his affidavit, Kartikeya Sharma has assets worth over Rs. 390.63 crore.

A businessman and a media proprietor by profession, he did his B.Sc. (Honours) in Business Management from Oxford University and his Masters in Business Administration from King’s College, London.

Kartikeya Sharma set up the iTV network in 2007 which operates various English and Hindi news channels and vernacular dailies.

He also has stakes in several five-star hotels in Gurugram, Delhi, Chandigarh and Punjab.