The conjoined twins Jaga and Kalia were separated in a surgery in 2017. 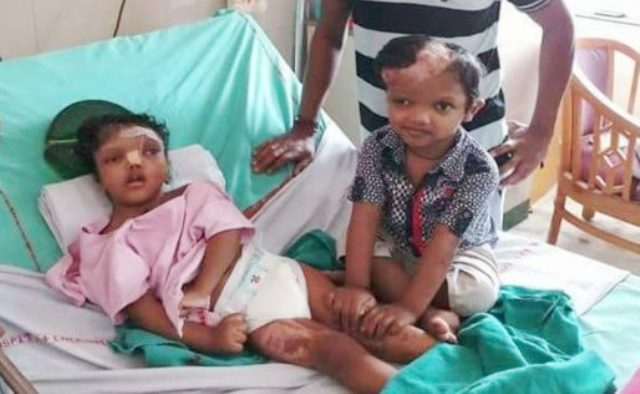 Kalia was on ventilator support for the last two days. He was suffering from septicemia. He breathed his last at 9:10 PM tonight.

The conjoined twins who spent over two years at AIIMS in New Delhi (following surgery in 2017) were discharged from the hospital on September 2019.

Kalia was under treatment at the SCB since then. Health condition of Jaga, the other separated conjoined twin, is stated to be stable.