As per IPL officials, Pant admitted to the Level 2 offence under Article 2.7 of the IPL Code of Conduct and accepted the sanction. 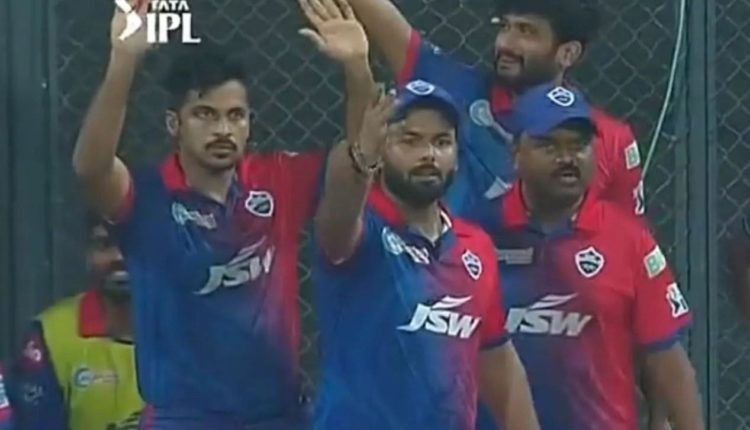 Insight Bureau: Delhi Capitals captain, Rishabh Pant has been fined 100 per cent of his match fee for breaching the Indian Premier League’s (IPL) Code of Conduct during his team’s match against Rajasthan Royals at Wankhede Stadium, Mumbai on Friday. As per IPL officials, Pant admitted to the Level 2 offence under Article 2.7 of the IPL Code of Conduct and accepted the sanction.

Thakur admitted to the Level 2 offence under Article 2.8 of the IPL Code of Conduct and accepted the sanction. They will also face a one-match ban for the offence.

Notably the IPL controversy started with Kuldeep, who was at the non striker’s end, gesturing to the umpires to check for a possible no-ball on height after the third delivery. Powell joined in having a chat with the umpires too. But the umpires stood their ground, saying the delivery was legal.

Pant looked livid and called Kuldeep and Powell back, while assistant coach Shane Watson tried to reason him out.

Amre then went into the playing arena but he was told to go back by the umpires.

RR legspinner Yuzvendra Chahal tried to stop Kuldeep from walking out, while Royals opener Jos Buttler, who hit a match-winning 116, was also seen having words with Pant near the boundary line.

Notably, Delhi will be going up against Kolkata Knight Riders for their next IPL 2022 clash on Thursday at Wankhede Stadium, Mumbai.