Gautam Gambhir, a cricketer-turned-politician and MP from the Bharatiya Janata Party, was found guilty on Thursday. 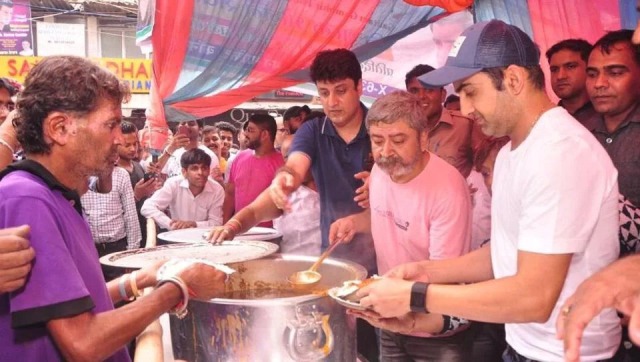 TNI Bureau:  Gautam Gambhir, a cricketer-turned-politician and MP from the Bharatiya Janata Party, was found guilty of unauthorisedly stocking and giving Favipiravir drug to Covid-19 patients.

The Delhi Drug Control Department informed the Delhi High Court on Thursday that Gautam Gambhir’s Gautam Gambhir Foundation was engaged in the “unauthorized purchase/procurement, stocking and distribution” of Favipiravir, a drug used to treat Covid-19, and medical oxygen, which is illegal.

Advocate Nandita Rao, who appeared on behalf of the drug controller, claimed the cricketer’s foundation, the Gautam Gambhir Foundation, had committed an infringement under the Drugs and Cosmetics Act by stocking drugs in an unauthorized way.

According to the Drugs Control Department in an investigation report placed before the court, “By doing so, M/S Gautam Gambhir Foundation has contravened the provisions of the Drugs and Cosmetics Act, 1940 & Rules thereunder and therefore have committed an offence which is prosecutable/punishable under Section 27 (b) (iii) and 27 (d) of the said Act.”

The court was also informed that his foundation does not have a drug license, which is necessary by law for the purchase, stocking, or distribution of drugs. Last week, the court chastised the Drug Control Department for clearing Gambhir without conducting a thorough investigation into how his Foundation was able to get a Covid-19 drug in bulk, and ordered the Drug Controller to provide a more detailed status report by Thursday.

The division bench of Justices Vipin Sanghi and Jasmeet Singh had expressed disbelief in the report and stated that it was not worth the paper it was written on, dismissing it.

Gambhir told the Delhi Police in his May 14 statement that the Gautam Gambhir Foundation had organized a free medical camp at Jagriti Enclave from April 22 to May 7 to help people suffering from Covid-19. In his response, he stated that the camp had been under the care and control of Dr. Manish of Garg Hospital.

Praveen Kumar, a member of the Aam Aadmi Party, was also found guilty of the same crime by the committee. The court asked Rao if the status report filed by the drug controller was exclusively for Gambhir or “does it also relate to Praveen Kumar also?”

The Delhi High Court requests that they take action against these individuals as well as others, stating that an example must be made. It also instructed the agency to submit a status report on the matter. The case has been scheduled for a further hearing on July 29.

Why Post-Covid Care is Important