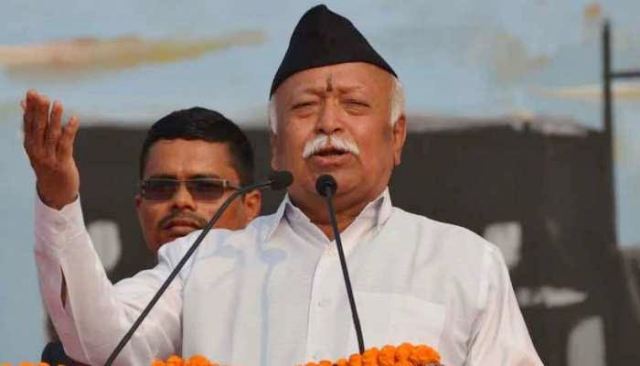 TNI Bureau:  What’s your take on RSS chief Mohan Bhagwat’s statement that “two children policy” should be implemented across the nation to ensure population control?

Rakesh Gupta: Must be implemented. If we don’t control our population, rising above the caste creed issue, then situation will be out of control very soon.

Srinibash Samal: ‘This is how population stabilization will come.’ Union Government must bring this as an amendment and the legislation is the need of the hour.

Bijoy Rout: It will be the best policy to check population growth. It will ensure a positive outcome and generate high quality human resources. Small family happy family.

Ratikant Gadanayak: Yes, this is a good proposal for the Nation. It should be implemented as soon as possible. ‘We are two, our two’ policy is very essential for our country to control the population growth.

Umasankar Sahu: Obviously … This policy is very important for our Nation now. Now a days We don’t want more crowd in any category. We need a healthy society, disciplined civilization & corruption free system now for a smooth living.

Devi Prasad Misra: Should be implemented as soon as possible.

AP Subhakanta Samal: “Two children policy” is the need of the hour due to the overgrowing population of India, which results in poverty, unemployment and poor literacy rate. But I’m pretty sure no political party would come in its favour.

In 2016, a “population control bill” which included “Two Children Policy” was stated by Prahalad Singh Patel, but failed due to vote bank politics.

Rasmi Ranjan Lenka: I agree on his statement… This policy is really needed for India as early as possible.

Tejeswar Parida: When India is undergoing Population Explosion at Geometric Progression, all the Planning for Inclusive growth & development will fail, unless our growth of population is controlled . Socio-economic challenges arising in large number due to this also. Union Govt. must bring “Two Children Policy” and the legislation is the need of hour.

Simanchala Mishra: It’s a bitter truth that the development programmes of successive Govts are swallowed by the population explosion. After Sanjay Gandhi, no other leader has dared to think about the problem due to vote bank politics. It would be a revolutionary step, even more revolutionary than abrogation of Article 370. The nation will immensely benefit if the population growth is checked.

Nirmal Panda: China introduced its one-child policy in 1979 over concerns that the population was increasing at a very fast rate. But the policy has brought its own set of challenges to one of the world’s biggest economies, which has had a declining youth population for years while the proportion of the population over age 65 has risen from about 4% to almost 10%.

Sipun Sahoo: Must be implemented, That’s a good step.

Anantanarayana Mahanty: Throughout the country one rule and one policy for population control…

Bimal Kumar Vyas: I am in favour. Right start.

Yudhistir Pradhan: Yes it should be implemented.

Gopal Sahu: It’s high time we implement this birth control policy strictly all over India without any bias of caste, creed and religion.There should not be any controversy on Mohan Bhagwat’s statement about birth control policy. It has already been discussed and widely published in the last couple of decades.

In 1952, India was the first country in the world to launch a national programme, emphasizing family planning to the extent necessary for reducing birth rates to stabilize the population at a level consistent with the urgent requirement of national economy. ‘We two, ours two’ (Hum do, hamare do in Hindi) was a slogan meaning one family, two children and was intended to reinforce the message of family planning thereby aiding population control.

I hope, all economically, socially and educationally conscious fellow citizens of India, will support it.

Abhin Adhikari: Much needed policy. It applies to people practicing polygamy, Muslims having multiple wives and tribals. So, we need to have a strong policy putting without considering cast or religion.

Prakash Parija: Yes. It is a very good suggestion and should be implemented by the government immediately.