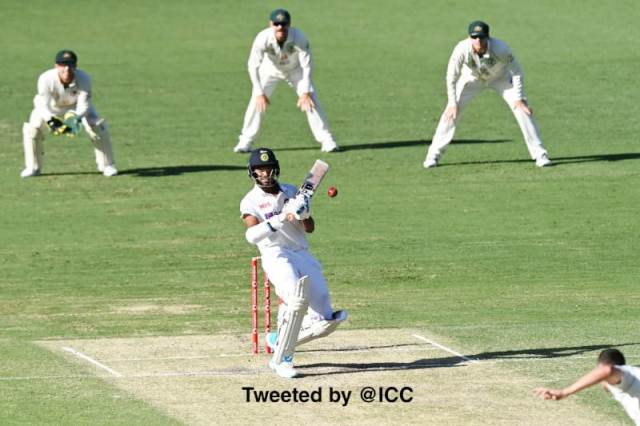 TNI Bureau:  Although there was no big score by any Indian Batsman, the collective team efforts led by Washington Sundar and Shardul Thakur helped India stage a comeback in the fifth and final Test match at the Gabba, Brisbane.

India bowled out for 336, giving a lead of just 33 runs to Australia. For Kangaroos, Hazlewood took 5 wickets, while Starc and Cummins took 2 wickets each.