The chemistry between them , both on-screen and off-screen, in reel-life and real world , made them a pair Made for Each Other and their marriage made in heaven. 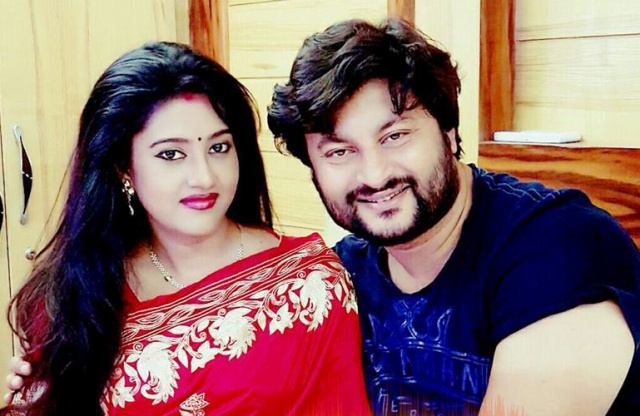 Insight Bureau: Not long ago, they were called the ‘Jodi No. 1’ of Ollywood or the one and only power couple of the industry. The chemistry between them , both on-screen and off-screen, in reel-life and real world , made them a pair Made for Each Other and their marriage made in heaven. But today, top Ollywood star Anubhav Mohanty, 38, now the BJD MP from Kendrapara, and his star wife Barsha Priyadarshini, 36, face off in a bitter battle in and off court.

Actor-turned-politician Anubhav Mohanty on Saturday released the second a part of a video titled ‘untold story’ revealing why he filed divorce from his estranged wife and actress Varsha Priyadarshini.

Varsha Priyadarshini on Sunday filed a police complaint against her husband, actor-turned-politician, Anubhav Mohanty at Purighat police station in Cuttack.

The actress in her complaint alleged that Anubhav is assassinating her character by making videos viral on social media. Through baseless stories, he is snatching her right to live with dignity in society.

Anubhav had uploaded two videos on social media sharing his relationship with Varsha. In the first video, he said that his life and the future of his family went dark because of love.

In the second video, he held Varsha responsible for the marital dispute between them. He joined his hands and begged Varsha to divorce him.

Anubhav, within the video, said long after he fell crazy with Varsha, he came to know that she did not love him that deeply. “We were in relationship for six years before marriage on Feb 8, 2014. I felt that we were deeply crazy with each other and finally, with the consent of both families, we got married,” he said.

Stating that he wanted to clarify whey he filed divorce petition 6 years after marriage, the actor said despite all efforts by him and his family, things didn’t improve between them.

“Before i made a decision to file divorce, all of my relations , particularly elders, wanted to convince her. Both of our families discussed the matter together several times,” he said.

He said he has been accused of neglecting Varsha and spoiling her happiness and a cheerful conjugal life. “It is completely wrong. it’s not at all true that all was honky-dory between us or we were very happy and suddenly I decided to file divorce,” he said.

“Today, i would like to clarify why I wanted divorce. once I first filed divorce petition in Delhi in 2020, I didn’t want the things to go public or any of us or our families should face any embarrassment or humiliation. I wanted that if things didn’t succeed between us, we should always stop it through understanding and mutual agreement with respect to each other,” Anubhav said.

When Varsha wanted to transfer the divorce case from Delhi, Anubhav’s family opposed it. “All folks wanted to settle them matter amicably out of media glare. But she wanted to spotlight the case in media and draw people’s sympathy,” said the actor.

Speaking on the prime explanation for divorce towards the end of divorce, Anubhav said, “I had cited just one reason in the petition for separation from my wife. it had been due to non-consummation of marriage. She has not allowed the marital rights of a husband to me till date. She has always opposed the thought for the entire six years. Now, it’s up to you to decide how long and why a husband will tolerate it.”

With the conflict between these two, social media has also separated, one supporting Varsha and others pouring support for Anubhav. In a latest post, Anubhav has accused Varsha of running fake Facebook accounts.

We often get confused by seeing at star couple’s luxurious lifestyles, their chemistry on screen and all those shimmery social media posts, but sometimes things are not the way we see it. As we can say not all the glitters are gold.