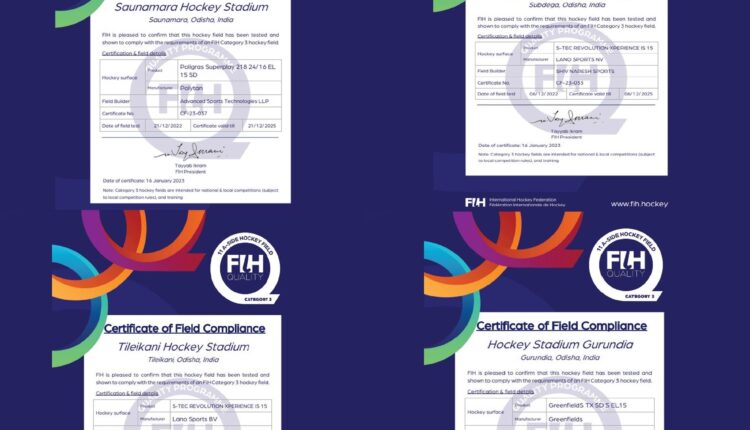 Bhubaneswar: Amid the ongoing Hockey World Cup 2023, yet another good news has come for the hockey lovers of Odisha as four more stadiums have received the FIH Category certificate.

Meanwhile, Chief Minister Naveen Patnaik congratulated the Sports Department of the State for the achievement and said that the state-of-the-art stadium will further strengthen hockey infrastructure at grassroot level and nurture talent.