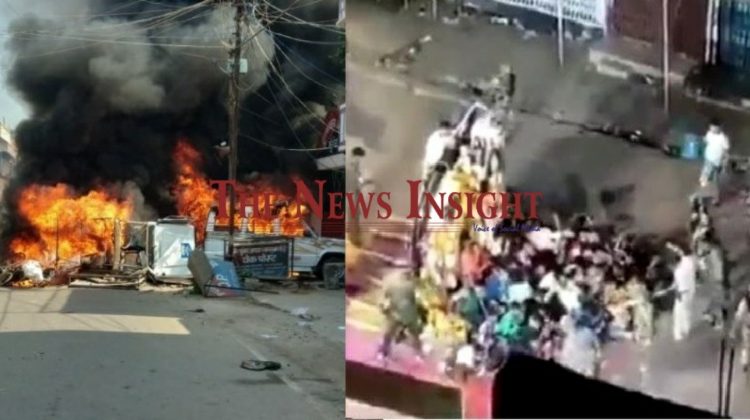 Death of an 18-year-old youth and bullet injuries to many others during the Durga Puja idol immersion procession in Munger on October 26, has triggered a massive protest in the area.

Even though the DM and SP were removed, Munger continues to burn with people causing arson. Mere transfer and suspension of Officials won’t assuage the passion and anger. Testing time for Nitish Kumar as well as BJP as its core voters are highly upset.