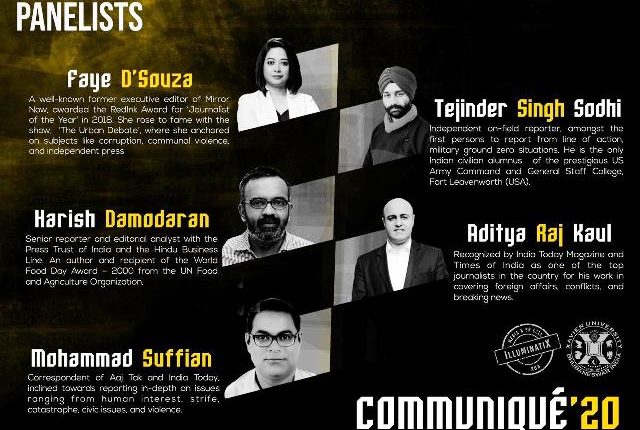 The event is being organised by IlluminatiX, Media & PR Cell of XUB and has generated quite a buzz among the students. The theme for this year’s Communiqué XUB is “The Stories You Know, The Hardships You Don’t”.

The theme “The Stories You Know, The Hardships You Don’t” recognizes the efforts of the media fraternity working hard through difficult situations to bring us news and information.

The event will witness the participation of various stakeholders of the Xavier fraternity, including students from the diverse schools operating under XUB, as well as stalwarts from the media industry.

The conclave will have five speakers narrating their personal experiences, pioneering moments and discussing current media affairs. They include: