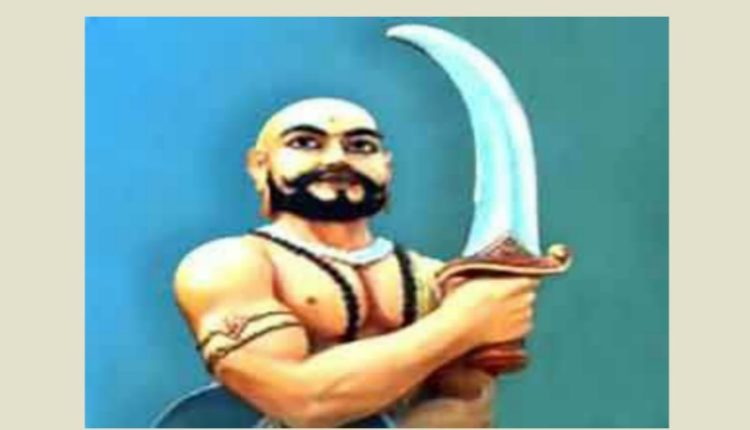 Chakhi Khuntia alias Chandan Hajuri was a great patriot, renowned devotee of Lord Jagannath and a poet who played a key role during 1857 Mutiny among the rebel troops of Jhansi Rani Laxmi Bai.

According to some historians, he was born on the sacred day of Shamba Dasami in 1827, in the famous Hajuri family of Puri Harachandi Sahi.

Some others believe that he was born during Chandan Jatra, famous water-sports of Lord Jagannath at Puri and thus he was named ‘Chandan’.

Another opinion says, his father Raghunath Khuntia alias Bhimsen Hajuri was a priest, dressing Lord Jagannath with sandal-paste (Chandan). His mother Kamala bati was also a pious lady. They fondly called their child ‘Chandan’. But he is better known as ‘Chakhi Khuntia’.

In his childhood, Chakhi was taught Odia language and Literature in a Chatasali (pre-school). He had also keen interest to learn Indian History and heroic tales of national leaders.

He even learnt some native traditional martial arts, physical exercises and wrestling practiced in traditional ‘Akhada’ of Puri and strengthened his body.

Happened to be family priest of Meropanth Tambe, the father of Manikarnika (Childhood name of Laxmi Bai), Chakhi came closer with him and established good relationship with their family.

At the time of the Mutiny, Rani Laxmi Bai rose against the British and took assistance of Chakhi Khuntia. Thus Chakhi Khuntia was known to have a direct contact with the rebel leadership during the Mutiny.

Later, Chakhi was arrested and spent the rest of his life under house-arrest. The British Government used to keep a vigilant eye on him till his death in 1870 at Puri.

During his last years, Chakhi Khuntia composed a number of devotional poems relating to Lord Jagannath.

Every year, January 20 is observed as his birth anniversary by the Government of Odisha.

We pay tributes to this great son of Odisha, who will be remembered as a National Hero.