Top Five Mobile Phones of 2021 that will amaze you

Here's a list of five mobile phones you should definitely check out in 2021. 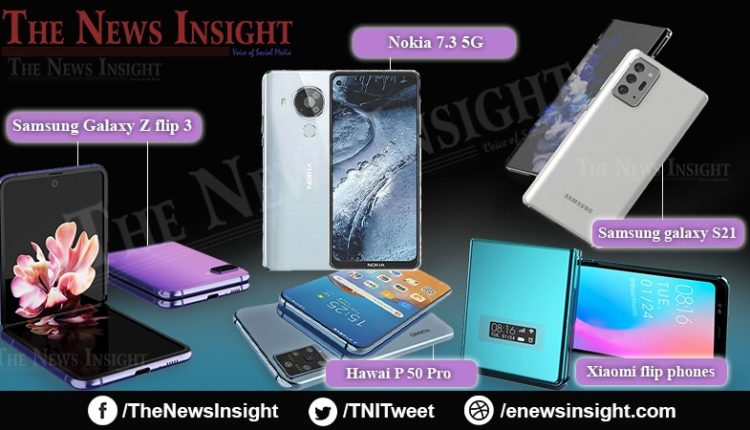 Mobile phones have become the most necessary gadget for survival in today’s world. While we all strive to update ourselves and everything around us, mobile phones update themselves quicker than everything.

This is the first Samsung set to release this year in January.

Nokia was quite late to come up with their first android phone, but here it is not very late to release its first 5G set. 7.3 operates one sim at a time. It comes with a 6.5 inches screen and runs on Qualcomm Snapdragon 765 Chipset. It has a 4000 mah battery back up. The price is likely to be around Rs 29,999.

This phone will provide 12Gb RAM and 512 GB internal storage. The buyers will get 50 MP + 8 MP + 8 MP + 40 MP + TOF 3D resolution primary camera and 40 MP front camera. The camera provides many different features like Ultra widening, digital zoom, auto flash, touch to focus. The price of the phone would be around Rs 63,000

Samsung has come up with the first foldable phones, and its third type is releasing in 2021. The display would update to 120Hz for smoother scrolling and it would be cheaper than the last models.

Xiaomi is also rumoured to release its first flip phone in 2021. We might see three kinds of folded phones this year by Xiaomi, which will include fold and out fold and clamshell.

So, these are top five mobile phones of 2021, that you can check out if you are thinking of getting a new phone for yourself.