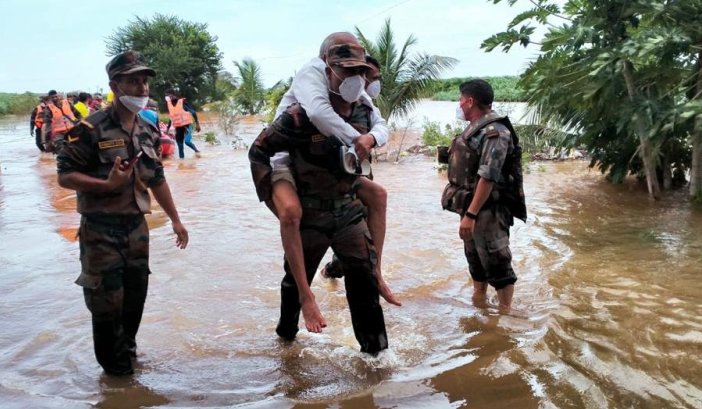 ➡️ 2204 Covid-19 patients have recovered from the disease in Odisha in the last 24 hours. The total recovered cases of Odisha now stand at 947381.

➡️ Police seize cannabis worth Rs 1.5 crore from a pick-up van in Jeypore.

➡️ 9 tourists were killed and three others, including a local resident, were injured when heavy boulders fell on their tempo traveller during multiple landslides in Himachal Pradesh’s Kinnaur district.

➡️ Maharashtra rains: Over 2 lakh shifted to safer places in Kolhapur and Sangli.

➡️ AAP to contest on all 117 Assembly seats in Punjab; rules out alliance with any party.

➡️ 3 more Zika virus cases reported in Kerala; taking the total number of cases to 51 in the State.

➡️ COVID19 claims lives of hundreds of children in Indonesia.