Sadhu Nepak back in the News; Bargarh in Focus 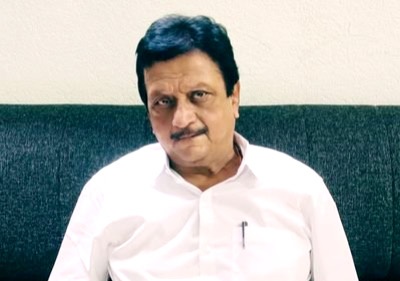 TNI Bureau: When the Odisha Government announced the names of Members of Planning Commission, two known names, who have been waiting to get Rajya Sabha nod, were appointed as the Members with Cabinet Rank. Both Ramesh Chandra Chyau Pattnaik and Prasanna Patshani probably got the retirement benefits from the BJD supremo.

However, another interesting name was there too. Ex-MLA Sadhu Nepak was appointed as a Member with MoS Rank. And, this is not a retirement job for him. Sadhu, who joined BJD in 2019, was waiting for his turn. And, he got it. But, this is not the end of his political journey. Reports suggest that Sadhu Nepak could be BJD’s trump card for Bargarh Lok Sabha seat in 2024.

Sadhu, a seasoned politician, who started his political career from student politics while being associated with the Youth Congress, lost from Bargarh Assembly seat in 2004 by a thin margin. He again contested on Congress ticket in 2009 and won against his arch-rival Anand Acharya.

In 2014, Sadhu Nepak became the victim of anti-Congress wave across India and lost to Debesh Acharya. He still polled 46,146 votes or 31% of the total.

In 2019, he was denied a ticket by the Congress owing to some conspiracy within his own party. He joined the BJD and helped Debesh Acharya win although the latter was having tough time due to anti-incumbency.

Sadhu Nepak has been popular among the masses due to his soft and approachable nature. If BJD fields him from Bargarh Lok Sabha seat, it won’t be easy for incumbent Suresh Pujari. In 2019 polls, Suresh Pujari (581,245 votes) had defeated Prasanna Acharya (517,306 votes) by 63,939 votes.

Sadhu will eye the major chunk of more than one lakh Congress votes, which could be the game-changer. More importantly, Sadhu is all set to play a key role in Padampur Bypoll in future, which has been necessitated after the demise of sitting BJD MLA Bijay Ranjan Singh Bariha.