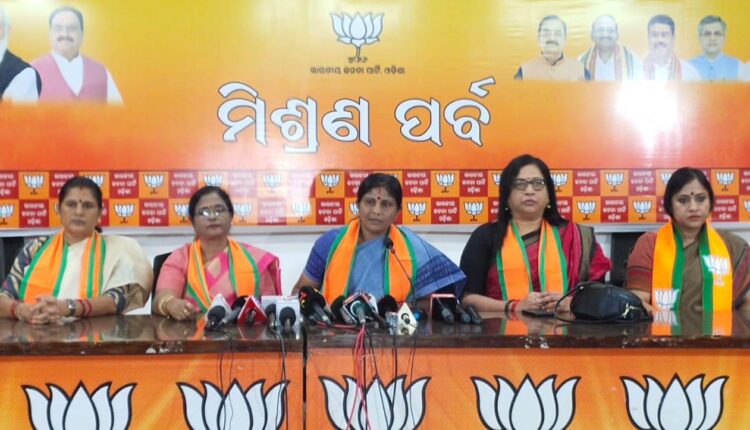 TNI Bureau: Accusing the ruling BJD of trying to shield many Ministers, MLAs and other leaders, the Odisha BJP has demanded a CBI probe into the Archana Nag ‘honey-trap’ and ‘blackmailing’ racket.

BJP Mahila Morcha President Smruti Pattnaik held a press meet to slam the Biju Janata Dal Government in Odisha. Why is the Odisha Police trying to hide the truth and suppress the sensitive information, she asked.

“Archana Nag had been operating under the protection and patronage of ruling BJD for the last 5 years. All the information collected by the police and the list of people who were linked to her, should be made public immediately”, she said.

The BJP alleged that crime against women, blackmailing and extortion have been rise under the BJD rule. Not just Archana Nag case, but also all such high profile and sensitive cases are being sabotaged by the Odisha Police under the influence of ruling party politicians, claimed BJP.