The two youths who surrendered today, have been identified as Dinesh Mohapatra and Mrutyunjaya Mishra. They are said to be Manish's friends. 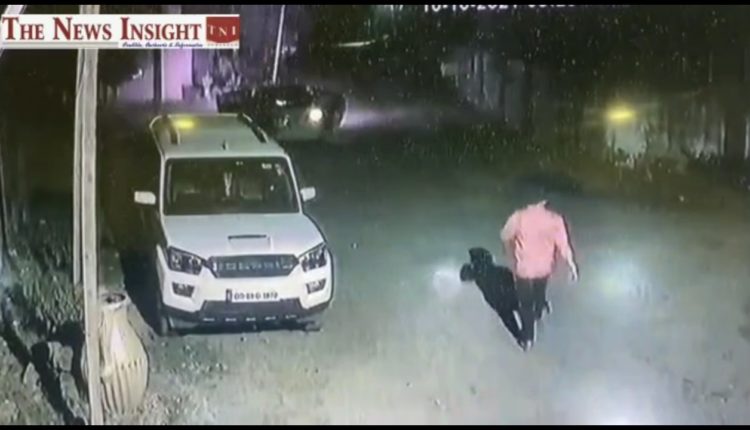 Insight Bureau:  In a major breakthrough, which may help in resolving the mystery, two friends of Manish Anurag, surrendered before the police in Phulbani in Kandhamal District. Earlier, another person from person from Kandhamal, Himanshu Shekhar Behera was picked up by the Commissionerate Police.

The two youths who surrendered today, have been identified as Dinesh Mohapatra and Mrutyunjaya Mishra. They are said to be Manish’s friends.

All 3 people are being jointly interrogated by Kandhamal and Commissionerate Police. Two others were detained in Bhubaneswar earlier. One of the 5 detained people is said to be a journalist.

Earlier, the CCTV footage outside the Hotel South City showed that Manish Anurag had walked out of the hotel at 3:29 AM on that fateful night. He was alone and walking comfortably. He was not at all shaky and looked normal.

As per the postmortem report, he died barely an hour later. The postmortem report said he died of suffocation. The cops are awaiting viscera and diatom test results to get conclusive information. His death occurred between 4:11 and 4:18 AM. As per his father Senior Journalist Navin Das, he had called him at around 4:11 AM and said that he was being beaten up by some people. “Dad, I was trapped”, were his last words.

#WATCH : CCTV Footage of Manish Anurag walking out of Hotel South City, Patrapada, Bhubaneswar at around 3:29 AM on that fateful night. #TheNewsInsight #Odisha pic.twitter.com/uvb7NM7SLD