The number of active cases in the district has now gone up to 2535 - highest in the State. 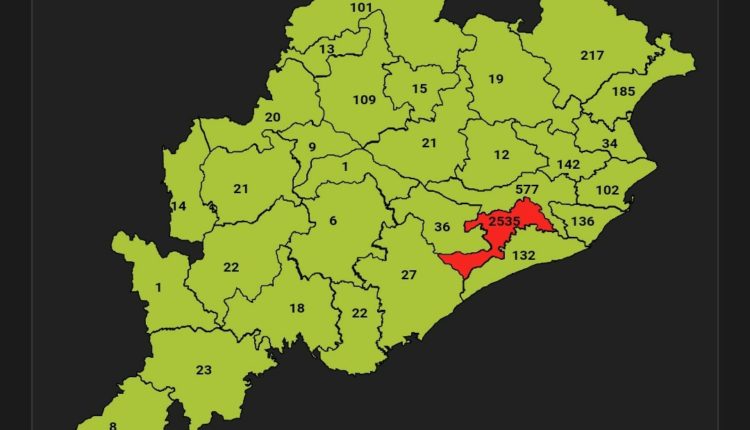 Insight Bureau:  While the Commissionerate Police is struggling to control the mad rush and heavy crowd during the festive season, there is a bad news for people in Khordha district. The district has returned to Red Zone while 29 other districts are in Green.

Khordha District reported 323 new Covid positive cases today, while Odisha recorded 615 new cases. The number of active cases in the district has now gone up to 2535 – highest in the State. Bhubaneswar data is not included in Khordha. Cuttack is at the second spot with 577 active cases.

Bhubaneswar remains the Covid Hotspot with 3636 active cases. The area under the BMC jurisdiction is reporting 150-300 cases on a daily basis.