According to the latest post-retirement perks notified by the government, a chief justice of India will now receive a domestic help, a chauffeur, and a secretarial assistant for life from the day he or she demits office. 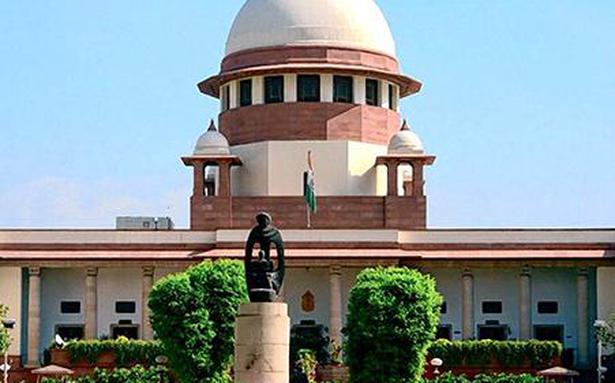 Insight Bureau: On August 23, the government had amended the rules to provide a retired chief justice or retired Supreme Court judges security cover round the clock at their residence in addition to a 24X7 personal security guard. While the CJI will get such benefits for a period of 5 years from the date of retirement, other judges will get it for a period of 3 years.

According to the latest post-retirement perks notified by the government, a chief justice of India will now receive a domestic help, a chauffeur, and a secretarial assistant for life from the day he or she demits office. The Department of Justice in the Union Law Ministry said in a new notification issued on Friday that the Supreme Court Judges Rules have been amended again to provide additional post-retirement facilities to retired CJIs and judges of the top court.

The benefits of the new regulations will be augmented to all living former Chief Justices and retired Supreme Court justices.

1. According to the most latest rule changes, a retired Chief Justice of India will be entitled to round-the-clock security at their residence, as well as a 24X7 personal security guard for a period of five years from the date of retirement.

2. For three years following retirement, a retired Supreme Court judge will be legally allowed to 24X7 security coverage at his or her residence, in addition to a round-the-clock personal security guard.

3. For six months within a week of retirement, a retired CJI will be entitled to rent-free Type-VII accommodation in Delhi (other than the designated official residence). Type VII provisions are typically provided to sitting MPs who have previously worked as Union ministers.

4. Earlier this month, the housing facility was extended to retired CJIs.

5. A retired Supreme Court justice will be offered with a domestic helper and a chauffeur for the rest of his or her life.

6. The ceremonial lounge facility at airports that was previously announced for retired CJI and retired Supreme Court judges will also be retained.

7. By amending the High Court Judges Rules, retired chief justices of the high courts were also granted access to the VIP lounge.

9. The Supreme Court or a high court establishment will bear the majority of the costs for domestic help, a chauffeur, a secretarial assistant, and phone reimbursement.