According to historical accounts, during the regime of Chodoganga Deva, King of Puri, many 'kotas' (forts), bastions and 'Jagagharas' (gymnasiums) were developed to safeguard Puri town from invaders, and it was the duty of the Jagagharas to protect the temple from enemies. 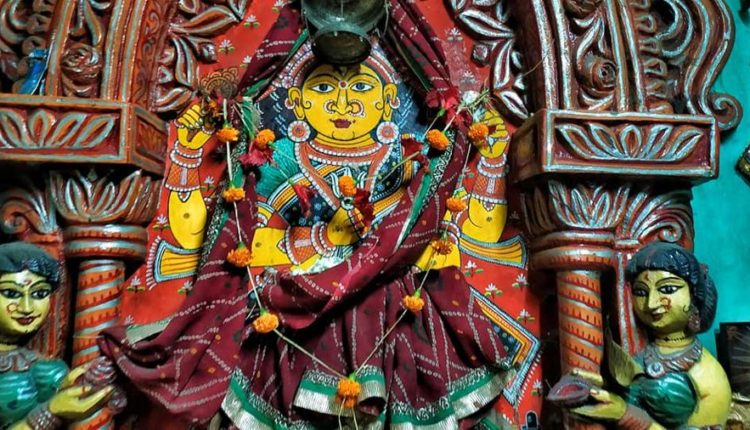 Insight Bureau: Sahi Jata or Gosani Jatra – a 12th century old tradition, is a spring carnival of the city of Puri. According to historical accounts, during the regime of Chodoganga Deva, King of Puri, many ‘kotas’ (forts), bastions and ‘Jagagharas’ (gymnasiums) were developed to safeguard Puri town from invaders, and it was the duty of the Jagagharas to protect the temple from enemies. Meghanada Prachira, the massive boundary wall which surrounds Lord Jagannth Temple now, was not built until then.

Jagas (community halls) and akhadas (tradtional gymnasiums) were traditional institutions that imparted martial and military knowledge by the day and the tired men would enjoy and celebrate the arts by night. As a result, a unique culture, known as the Sahi Jata evolved.

In the language of the people of Puri, ‘sahi’ refers to a particular area or a locality or street. The city houses seven old sahis located on both sides of the main road and around the Jagannath temple. Each and every sahi has their own Jagagharas and a Presiding diety. The Sahis are also named after their dieties. Wrestling techniques, acrobats and various war techniques like handling of sword, stick and other weapons, are taught by these Jagagharas to the local people as a part of the 800 year old tradition.

Performed annually in the month of Chaitra, the Sahi Jata covers the story of Ramayana in bits and pieces, paying special attention to the characters of Parsurama and Rabana as they are closely related to the Jagannath Temple.

Medhas are huge decorative structures that the performers tie behind them while they perform the stylistic dance on the streets of Puri. They are also superfine examples of the city’s Solapitha craft.

To pay respect to the age-old tradition of the Jagagharas, traditional weapons are taken out to the street in the grand procession and the wrestlers get an opportunity to display their strength and skills in the Jata. The Sahi Jata is a fortnight-long festival which begins on the day of Ram Navami and celebrates the birth of Lord Rama. With a religious theme, the folk drama is accompanied by decorated elephants, horses, flag bearers, flame torches and music bands playing drums, trumpets and conch shells. Other famous Sahis like the Harachandi Sahi, Baseli Sahi,

Markandeswara Sahi, Dolomandapa Sahi, Matimandapa Sahi, Bali Sahi and Gaudabada Sahi are also responsible for carrying out a myriad of grand events during the procession.

Each of these Sahis is assigned a different event to perform on the streets like some play the birth of Lord Rama, others display the killing of demons by Goddess Durga, Ravana lifting the Kailash mountain, abduction of Sita by Ravana, the battle between Parasuram and Lord Rama, war between Rama and Ravana etc. The actors of wear huge and beautifully handcrafted masks like that of the ten headed Ravana, five faced Ganesh, Nursingha and of various other deities and demons. The most eye-catching actor of the procession is the ‘Naga’ who is seen wearing a loin cloth and a tiger skin around his chest, with an Amasal (torch) and a gun in his right and left hands respectively. On his waist portion several weapons like shield, dagger and knife are placed. He wears a rosary around the neck. On the back portion of the figure, a bamboo mat can be seen which is tied on his body. His face consists of big round eyes, sharp nose, curly mustache and a beard, a beautiful heavy headgear adorns his head. This type of Naga decoration is indigenous to Puri and not seen anywhere.

The core of the Sahi Jata lies in the minute and nuanced movements of the dancers that distill the elegance of the arts to act as striking displays of one’s power. It is a must watch for everyone who visits Puri. 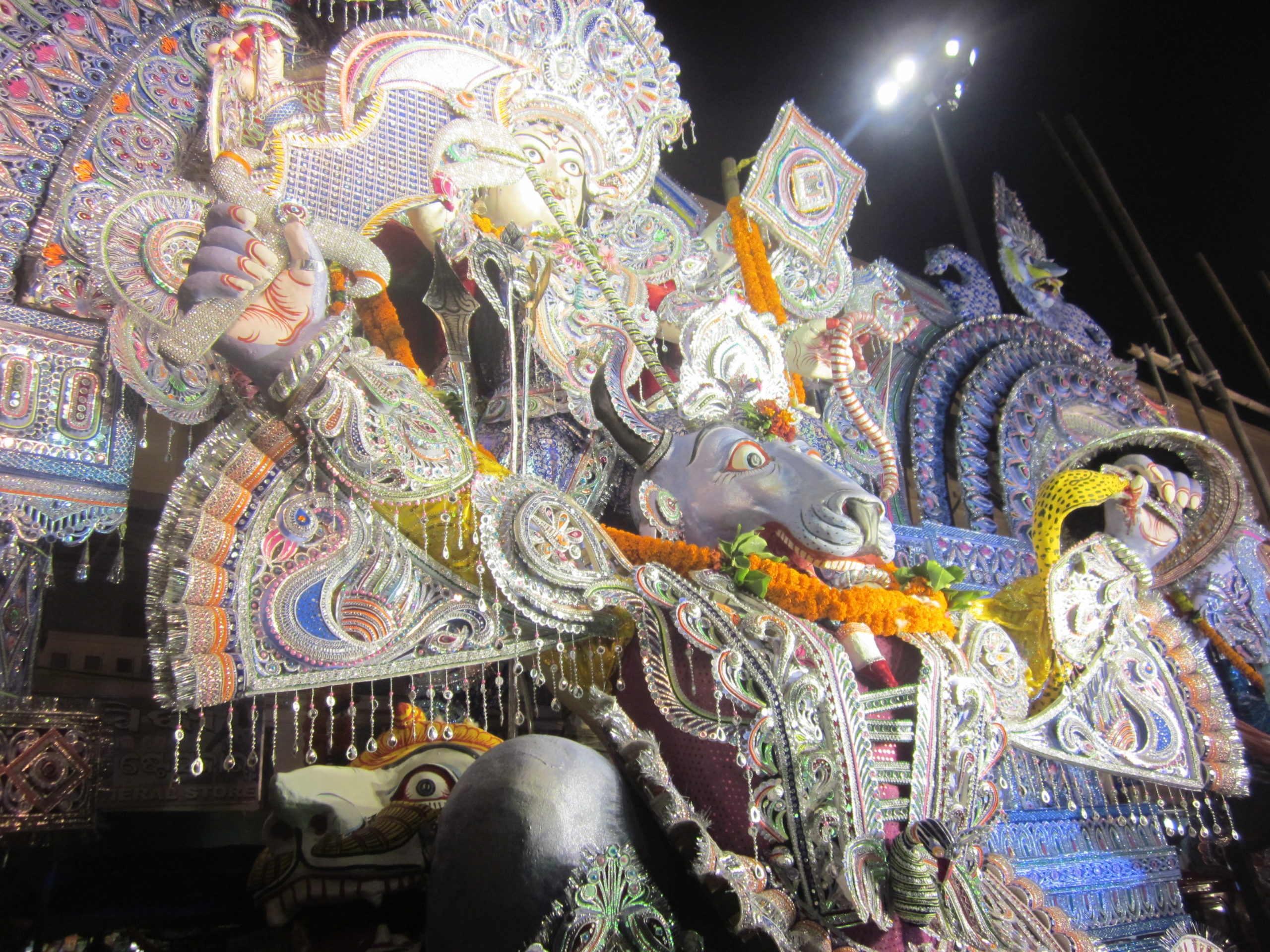 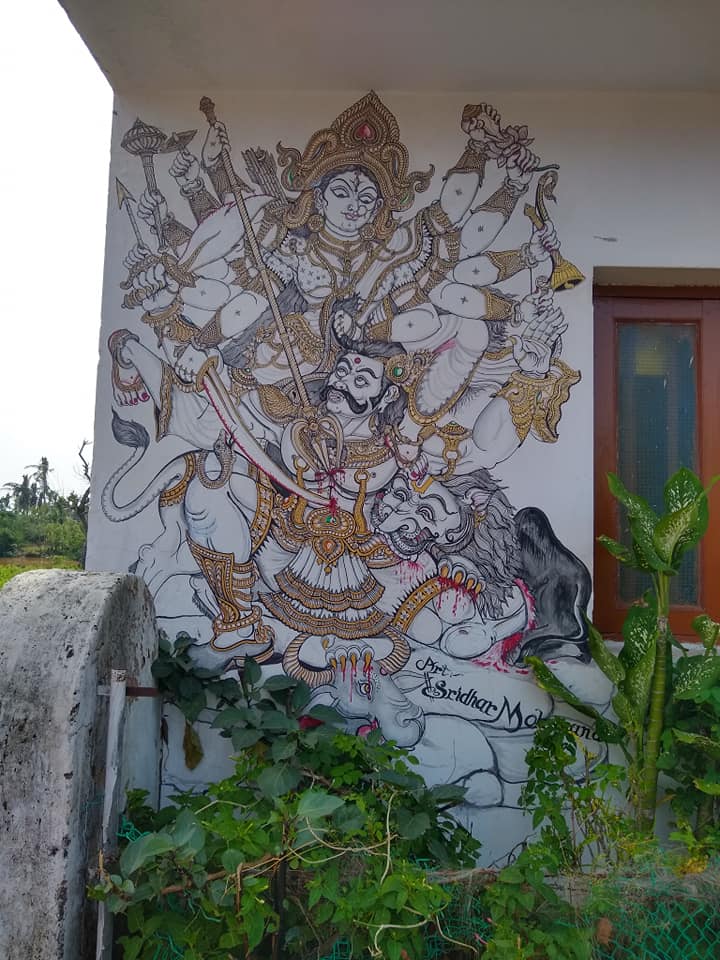 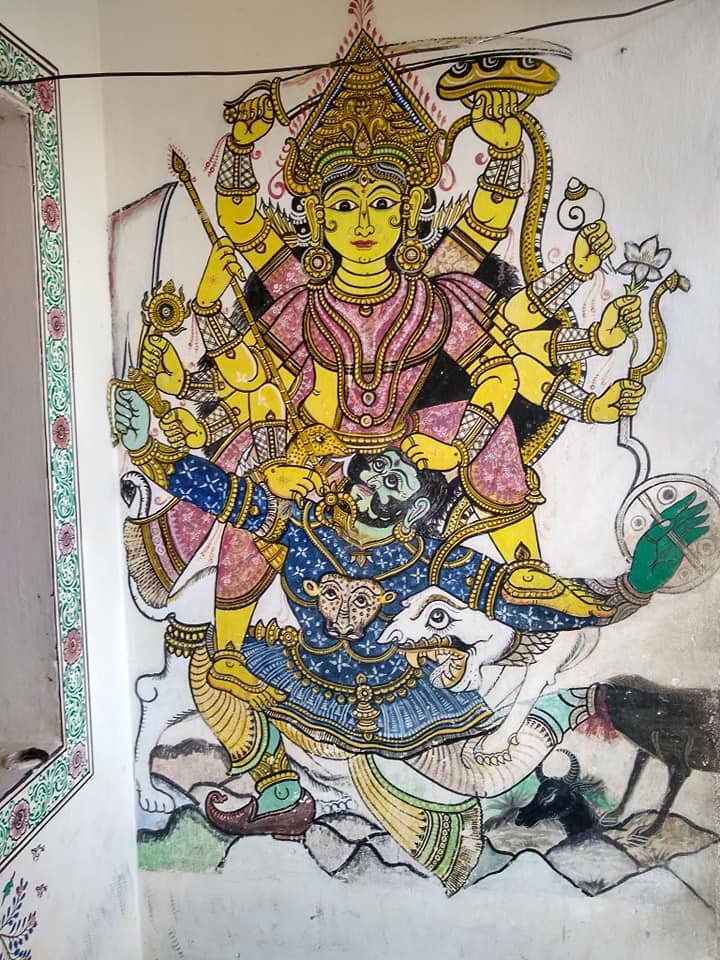 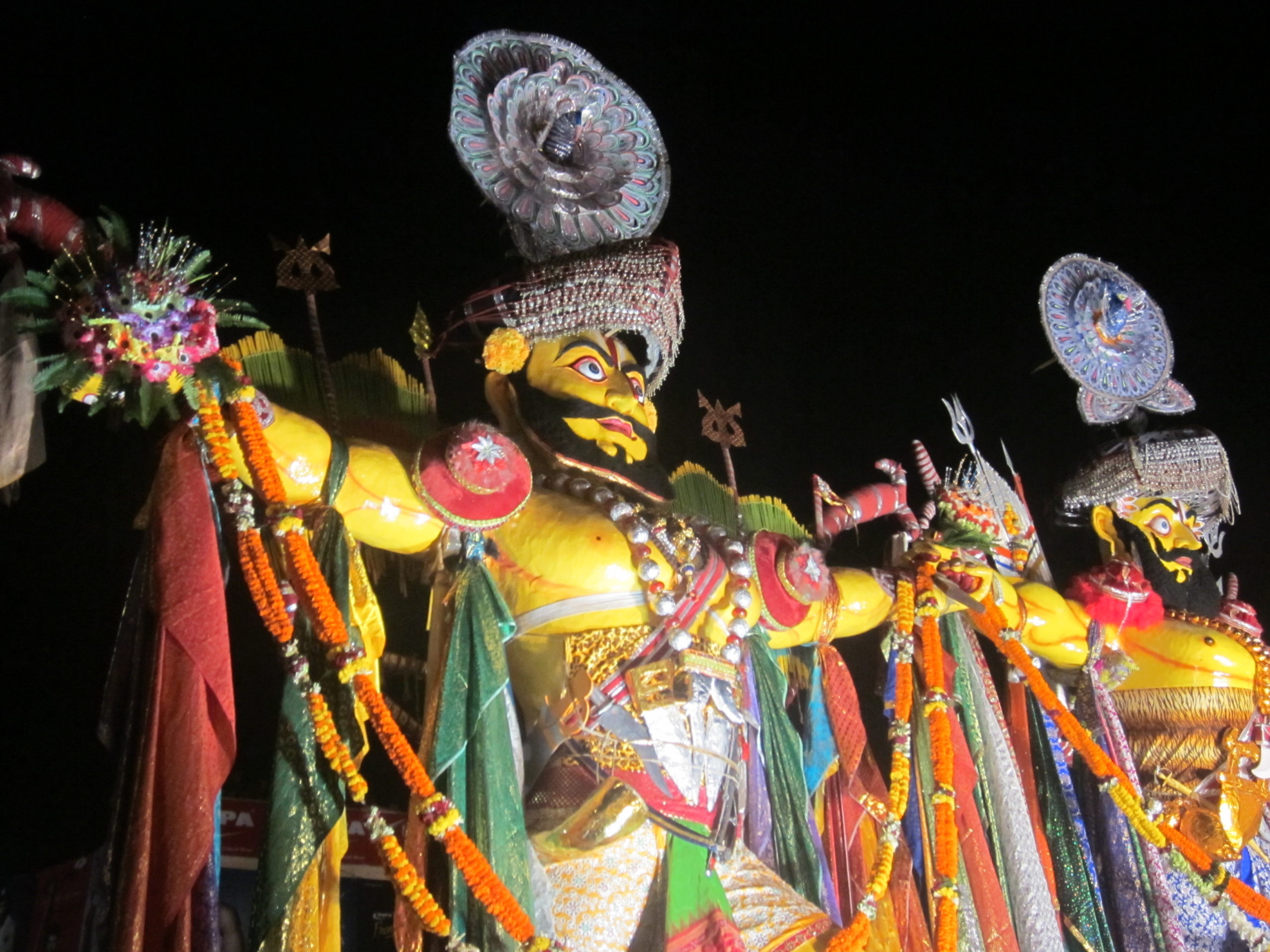 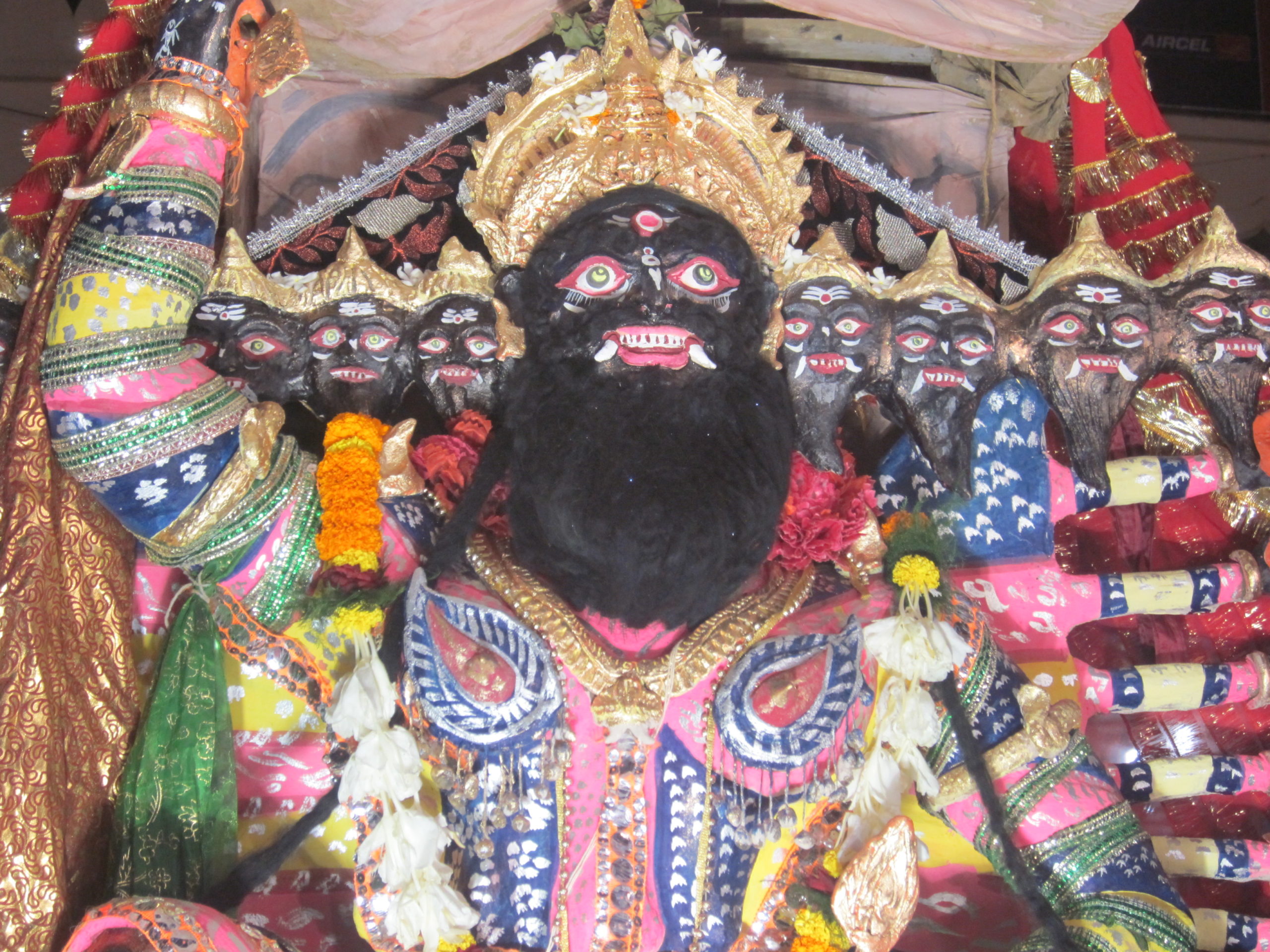 Will there be an end to the Russia-Ukraine War?

At 11:30 AM, Bhubaneswar records 39 degrees Celsius