Japan couldn't dispense justice to the poor girl since 1989 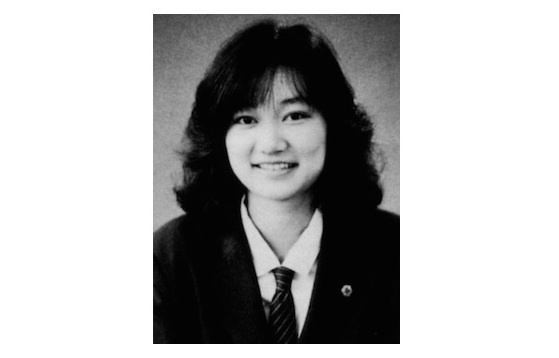 Tortured, raped and killed! The terrifying amalgam is purely beyond imagination. We might have heard of many murder cases, rape cases or cases regarding violence but this particular case of Japan has reached the next inconceivable level of savagery.

This spooky story is about a 17-year-old Japanese girl, Junko Furuta, who was kidnapped in 1988, raped, tortured like hell for 44 days and finally killed by four boys in the most brutal manner after 44 days.

Junko, an innocent and beautiful girl from Misato, Japan who was very popular and loved by her classmates. Junko was probably seventeen year old and was quite famous because of her beauty and aura. Unfortunately, her beauty also caught the eye of the school bully, Hiroshi Miyano . Miyano confessed to Junko about his feelings and respectfully she refused him. Miyano couldn’t digest the rejection which infuriated him.

Miyano was a well-known associate of the Yakuza (Yakuza are essentially the gangsters of Japan, a massive criminal organization known across the country for its ruthlessness).

Here, where the revenge story of Miyano started.

On November 25, 1988, while Junko was returning home from her part-time job on her bicycle, a random boy passed her and she tripped. Miyano went to her as if he wanted to help her. But then Miyano along with his three friends (Nobuharu Minato, Kamisaku Jo, and Yasushi Watanabe) kidnapped Junko in the blink of an eye before she could figure out what was going on.

They took Junko to a house in Adachi, Tokyo, owned by one of the kidnapper’s parents. Junko was enforced to call her parents and say that she had run away and was safe and she would be staying with some of her friends for a while.

From that point of time, the actual torment began. The hardship Junko had to endure before her life was snuffed out was unbelievably cruel. The heartless morons tortured Junko for long 44 days and eventually murdered. She was raped more than 500 times by almost 100 individuals.

Miyano and group tried all petrified methods to torture Junko. Scissors, bottles, a hot exploding lightbulb, grilled chicken skewers, roasting needles, and irons were inserted into her genitals. They even ignited various parts of her body. The teen girl was even forced to eat cockroaches and drink urine.

The boys crossed all lines as they attempted to torture and attack Junko. They urinated on her. They even hung her from the ceiling and made it their punching bag. She was made to sleep on the balcony in the cold winter. Her stomach was crushed by the dumbbells. They hit them with golf clubs and iron bars and even stored her in the fridge for hours. They used needles to drill a series of holes in her body. The cruel boys even burnt her genitals, clitoris and eyelids with a lighter. One of her nipples was twisted with pliers. With so many injuries all over his body, Junko couldn’t even stand from the pain. She had to crawl downstairs to use the bathroom. The intensifying pain didn’t end here.

After about twenty days of her kidnap, Junko somehow managed to call an emergency number to call the police. However, she was caught by the boys, they snatched the phone from her and cut off the call before Junko could even speak. After that, she was severely penalized by having her legs burned. They poured lighter fluid on her legs and burned them with fire. After that, she couldn’t even walk. With passing days the torture was more intensive and Junko’s body couldn’t resist and her body bled internally. She could not even digest food, leading to vomiting. But the inhuman boys even beat her because she made the carpet dirty. She couldn’t properly breathe due to a blood clot in her nose. After 30 days, Junko even stopped urinating. She could barely hear as her eardrums were damaged.

Not even in their worst nightmare can anyone imagine the suffering Junko has endured for 44 days and finally capitulated herself to death.

Finally, on the 44th day of her abduction, the torturers mutilated her. The abductors did not even spare the mutilated body. The mutilated body was beat with an iron barbell and even lighter fluid was poured all over her face, stomach, legs then burnt her. Eventually, this was the last torture and this lasted for about two hours.

Junko’s body was later discovered inside a concrete drum fully concreted, prompting her murder case to be dubbed the “murder case of a concrete-encased high school girl.”

The little girl suffered unimaginable pain as a result of her lack of culpability. It’s the kind of crime that makes us wonder how such horrible human beings could exist. The innocent girl had to go through intolerable pain for having done nothing.

But the saddest part is to know that very little justice has been done to Junko Furuta’s brutal murder. The brutal killers were not sentenced to death or life imprisonment as they were all under 18 years old. Miyano was sentenced to twenty years in prison, while the other three boys were only seven years old. All four boys may have been released from prison by now.

The so called ‘CRIME FREE’ nation Japan couldn’t dispense justice to the poor girl since 1989.