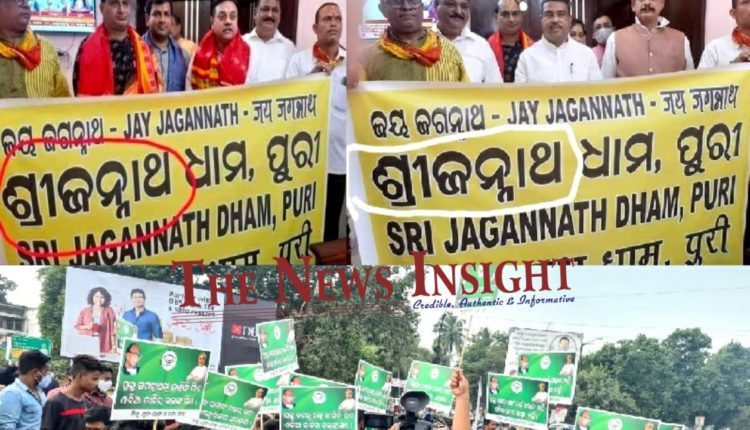 Insight Bureau:  While lashing out at Senior BJP leaders, including BJP’s National Spokesperson Dr. Sambit Patra, the BJD youth and student wings protested against misspelling of Mahaprabhu Jagannath’s name in the banners.

The BJD youth leaders mainly targeted Sambit Patra, 2019 Lok Sabha candidate from Puri and burnt his effigies in Puri and Bhubaneswar. They, however, went soft on Union Minister Dharmendra Pradhan, who was also present with the poster.

Earlier, while giving a proposal to rename the name of Puri Town and the Railway Station, Jagannath Sena had met the senior BJP leaders with a wrong poster, which was “endorsed” by them, unknowingly. That triggered a massive outrage.