Afghanistan's government was overthrown on Sunday, when the Taliban stormed Kabul, seizing control of the Afghan city and seizing the presidential palace. 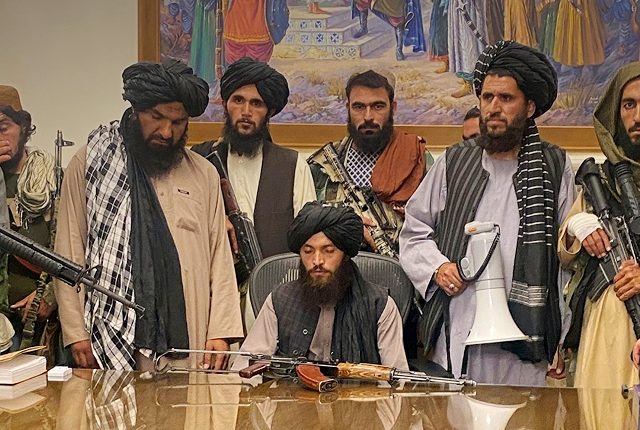 Insight Bureau:   Afghanistan’s Government was overthrown on Sunday, when the Taliban stormed Kabul, seizing control of the Afghan city and seizing the presidential palace.  President Ashraf Ghani left the country and Taliban is all set to declare the re-establishment of the Islamic Emirate of Afghanistan. They have already taken control of the Presidential Palace.

The spokesperson for the Taliban’s political office stated that the war in Afghanistan was over and asked for peaceful relations with the international community. According to a Taliban spokesperson and negotiator, the Islamist organisation is having talks  to create a “open, inclusive Islamic government,” in Afghanistan.

Since its fall in 2001, the Taliban has fought an insurgency against the US-led operation in Afghanistan and the Afghan government. As US forces left in 2021, the Taliban has swiftly extended its authority, preparing for a return to power.

The Taliban is a mainly Pashtun Islamic fundamentalist organisation that governed Afghanistan from 1996 to 2001, when it was deposed by a US-led assault for sheltering al-Qaeda and Osama bin Laden. For over two decades, the Taliban fought a war against the US-backed government in Kabul from across the border in Pakistan.

In 2020, the Taliban reached a peace agreement with the US and began power-sharing negotiations with the Afghan government. However, there has been little progress in intra-Afghan discussions. Meanwhile, as part of the agreement, the US withdrew its forces from Afghanistan, and the Taliban initiated an attack that has more than tripled the number of Afghan districts under their control. 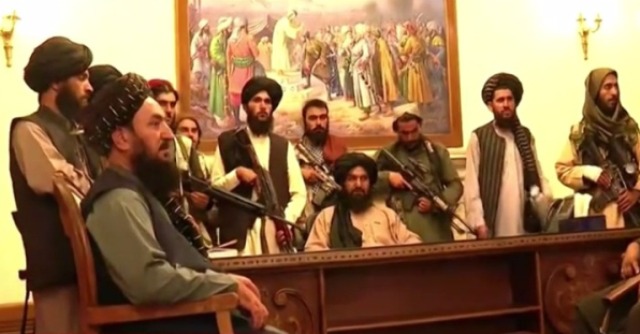 Former US President Donald Trump called on his successor, Joe Biden, to resign on Sunday in response to Taliban terrorists’ abrupt takeover of Afghanistan, as US forces departed from the nation after almost 20 years on the ground.

“It is time for Joe Biden to resign in disgrace for what he has allowed to happen to Afghanistan,” Trump said in a statement, while criticising him for an increase in Covid-19 cases in the US, as well as his domestic immigration, economic, and energy policies.

As the Taliban seized territory in Afghanistan, many Afghans blame Pakistan for the militants’ success, citing the combatants’ exploitation of Pakistani territory in a variety of ways. Pressure is building on Islamabad, which brought the Taliban to the negotiation table in the first place, to protect the innocent Afghan lives.

#WATCH : People run on tarmac of Kabul Airport as a US Air Force Plane attempted to take off. #TheNewsInsight#KabulHasFallen #Kabul #KabulFalls #KabulAirport pic.twitter.com/7PCwDspj1K

While analysts argue that Pakistan’s leverage is frequently overstated, it does allow the Taliban leadership to operate on its soil and its wounded soldiers to be treated in Pakistani hospitals. Their children are attending school in Pakistan, and some of them own property. Some Pakistani politicians have renamed the militants as “the new, civilised Taliban.”

Ismail Khan, a prominent US-allied warlord defending his region of Herat in western Afghanistan from a Taliban attack, recently told local media that the conflict raging in his nation was Pakistan’s fault.

Pakistan has sought to unsuccessfully  persuade Afghans that they do not want a Taliban administration in Afghanistan. They claim that the days of Pakistan viewing Afghanistan as a client state to offer so-called “strategic depth” against its hostile neighbour India are in the past.

Images of deceased Taliban militants being buried in Pakistan at funerals attended by hundreds of people waving the group’s flags have fuelled the outrage. In a speech to Parliament last year, Prime Minister Khan referred to Osama bin Laden as a martyr, which was interpreted as a gesture to militants.

Wounded militants were treated in Pakistani hospitals in Chaman while the Taliban fought Afghan security forces in an assault on the Afghan border town of Spin Boldak. The Taliban captured and continue to occupy the town. According to experts and Pakistani and international rights groups, certain students in thousands of madrassas, or religious institutions, throughout Pakistan are encouraged to jihad in Afghanistan.

According to analysts, Islamabad has fostered extremist sentiment and collaborated with insurgents when it was in its best interests. During the lengthy struggle against the Soviet occupation of Afghanistan, Pakistan’s formidable intelligence service built close links with many of the most extreme Afghans, including the notorious Haqqani group, arguably the most influential faction within the Afghan Taliban.

Pakistan wanted to end Indian interference in Afghanistan as Indo-Afghan relations flourished after Taliban was overthrown.  China offered a tacit support to Pakistan in their mission to re-install Taliban power in Kabul so that it rules tje roost in the Sub-continent. But, the political pundits predict that Pakistan would regret for its decision someday even though it’s celebrating today.