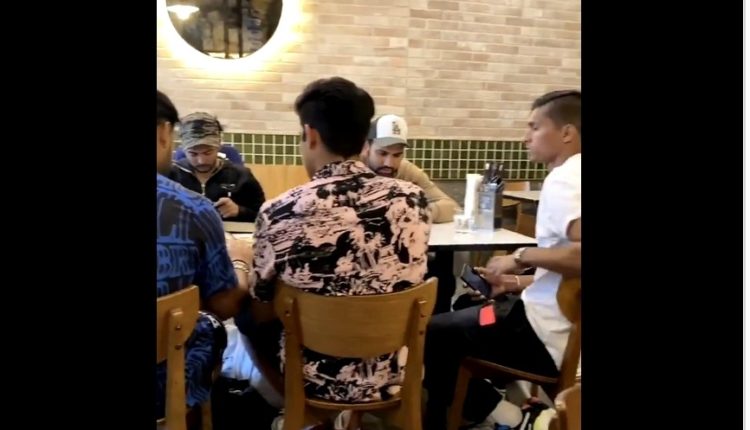 TNI Bureau:  5 Indian Cricketers Rohit Sharma, Rishabh Pant, Shubman Gill, Prithvi Shaw and Navdeep Saini have been separated from the Indian squad after a video went viral on social media, showing then dining at an indoor venue in Melbourne.

They will still be allowed to train “in accordance with the strict protocols”, said Cricket Australia in a statement.

The BCCI and Cricket Australia have launched an investigation into the matter to determine whether they breached the biosecurity protocols.

The video of these 5 players sitting at a table in a Melbourne restaurant was posted on Twitter by one Navaldeep Singh.

As per the Covid-19 protocols, Cricketers and staff are allowed to leave the hotel but must dine outdoors during the Melbourne leg of the tour.