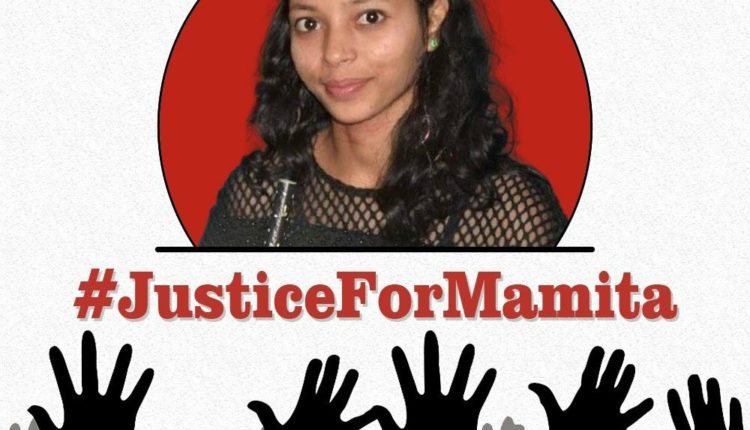 While many senior BJP leaders who aspire to be CM of the State, haven’t yet tweeted on the shocking brutality involving Sunshine School Principal Mamita Meher in Mahalaing, Kalahandi, party’s National Vice President Baijayant ‘Jay’ Panda has joined the #JusticeForMamita , leading from the front.

Notable among others, is Leader of Opposition Pradipta Kumar Naik, who not just tweeted, but also wrote a letter to CM Naveen Patnaik, seeking a probe into all allegations of sex racket at Mahaling College.

Many on Social Media have joined the #JusticeForMamita hashtag campaign seeking justice for the innocent soul and action against the guilty.

Odisha saw a huge rise in crimes against women in the past dozen years due to its ruling party's criminality. Now another minister implicated, in the murder of a woman teacher of a school where girls were allegedly being exploited
Will national media cover this?#JusticeForMamita pic.twitter.com/7mWTWuenka

In crimes against women,Odisha has the distinction of being the 2nd BEST in the country- the latest NCRB report says. No wonder,a lady warden of a school has been murdered and a Minister is implicated.This is horrible.WOMEN ARE UNSAFE HERE. Will national media take note? pic.twitter.com/xG9IjHxega

The murder of a lady teacher #mamitameher speaks volumes about how safe women are in #Odisha and about the law and order situation.

This news has shaken our conscience.

We condemn murder of a lady teacher #mamitameher of a school where girls were also being exploited.