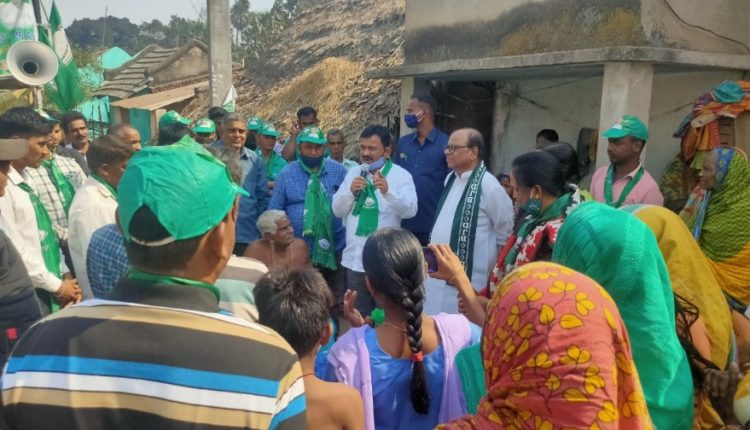 TNI Bureau: The ruling Biju Janata Dal (BJD) is holding an edge over the BJP candidate in Zilla Parishad bypolls in Parjang in Dhenkanal district.

Polling will be held in Parjang Zilla Parishad Zone No. 3 on February 11. Campaigning will come to an end on February 9.

BJD candidate Mamata Pani is banking more on women voters, who have been with CM Naveen Patnaik for the last 20 years. BJD is highlighting issues such as Women Empowerment, Mission Shakti and other development vision to woo the voters.