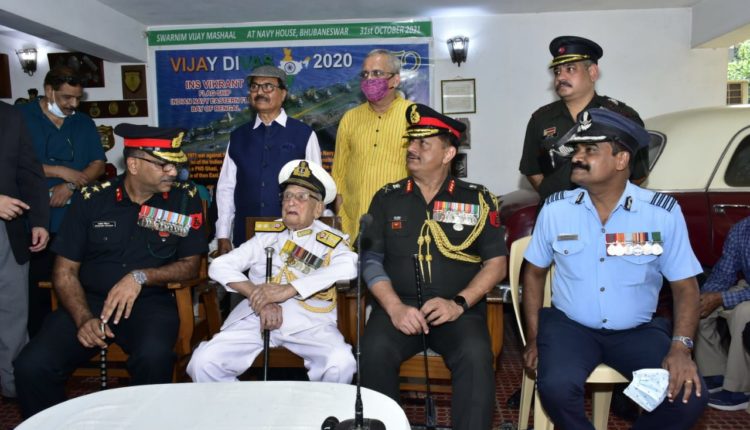 By Marshal Panda: After a fruitful century, Vice Admiral SH Sarma (Sree Harilal Sarma), PVSM, walked in to the oceanic horizon on January 3, 2022. He breathed his last in Bhubaneswar, Odisha. His last rites will be performed later today.

Coming from a place which was beyond the back of nowhere, he cleared the entrance to TS Dufferin in the first attempt before the World War II. After completion of training for a short period, he was in mercantile marine.

At the outbreak of the war, he joined RINR and saw action. This was the beginning of a brilliant naval career which was to last for three decades & more.

As a young Lieutenant, he was pivotal in the establishment of JSW (mother of National Defense Academy) and impressed Gen.(later Field Marshal) Cariappa & Thimmaya. He did his staff course from the Royal Naval staff college, Greenwich, UK. He had his usual grind of instructional-staff-command rotation. 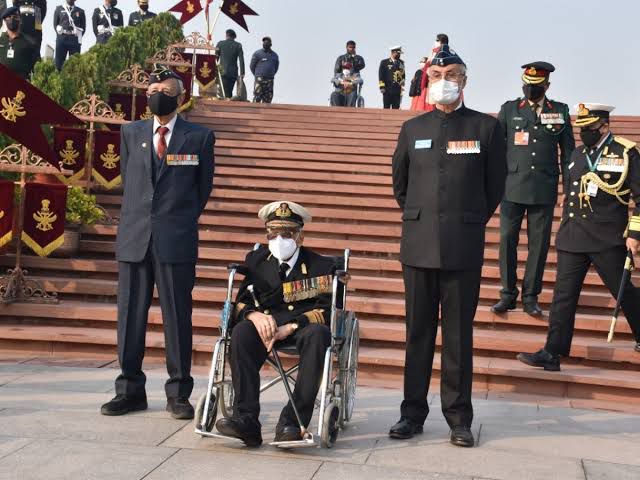 In the command series, he commanded INS Khukhri, INS Brahmaputra, INS Venduruthy (shore establishment) and INS Mysore. Operational glory came when he was appointed FOC, Eastern fleet just before the 1971 war, flying his flag on INS Vikrant. His action as fleet commander was lauded by the US Naval Institute proceedings and compared with naval greats like Admiral Nelson. His leadership during the conduct of war was also comparable.

When the US 7th fleet entered the scene, one captain asked him about the course of action if contact was made. Wish them Bangladesh time – the fleet commander ordered.

He ended his career as Flag Officer Commanding in Chief, Eastern Naval command, having missed the appointment of CNS by a whisker.