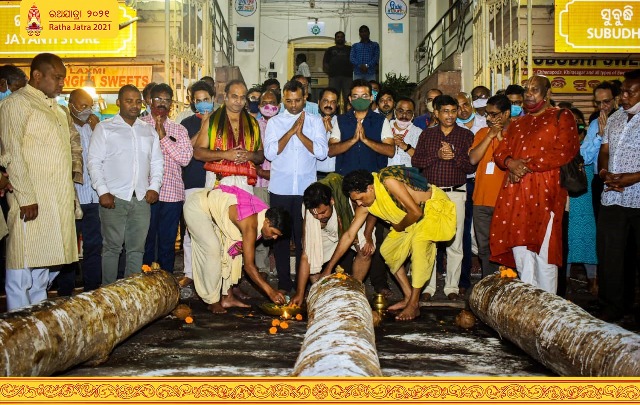 ➡️ A woman trampled to death by elephant at Jagmohanpur under Telkoi forest range in Keonjhar District.

➡️ Section-144 to be clamped around Chandrabhaga Beach in Konark in view of Magha Saptami dip on February 19.

➡️ Darshan at the Shree Jagannath Temple in Puri will remain closed from 4 PM to 8 PM today due to Banaklagi rituals of deities.

➡️ More than 100 residents, mostly aged above 60, of an apartment in a Bengaluru test positive for Covid-19 after attending a social gathering in their complex.

➡️ Rajasthan: Self-styled godman Asaram Bapu admitted to a hospital after he complained of discomfort in knees and other ailments.

➡️ Petrol and diesel prices increase by 25 paise each in Delhi to stand at Rs 89.54/litre and Rs 79.95/litre respectively.