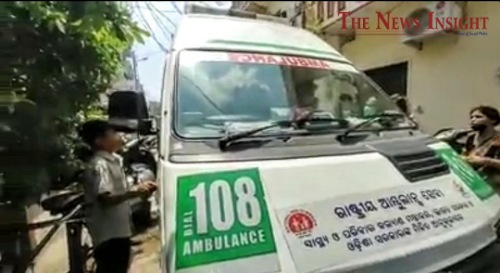 TNI Bureau: The outrage on social media over the death of a patient in Berhampur after being snubbed by a 108 Ambulance Driver, the Ganjam District Administration has finally revised the policy and allowed use of all 104/108 Ambulances to shift COVID-19 suspected cases to various health facilities during emergency situation. 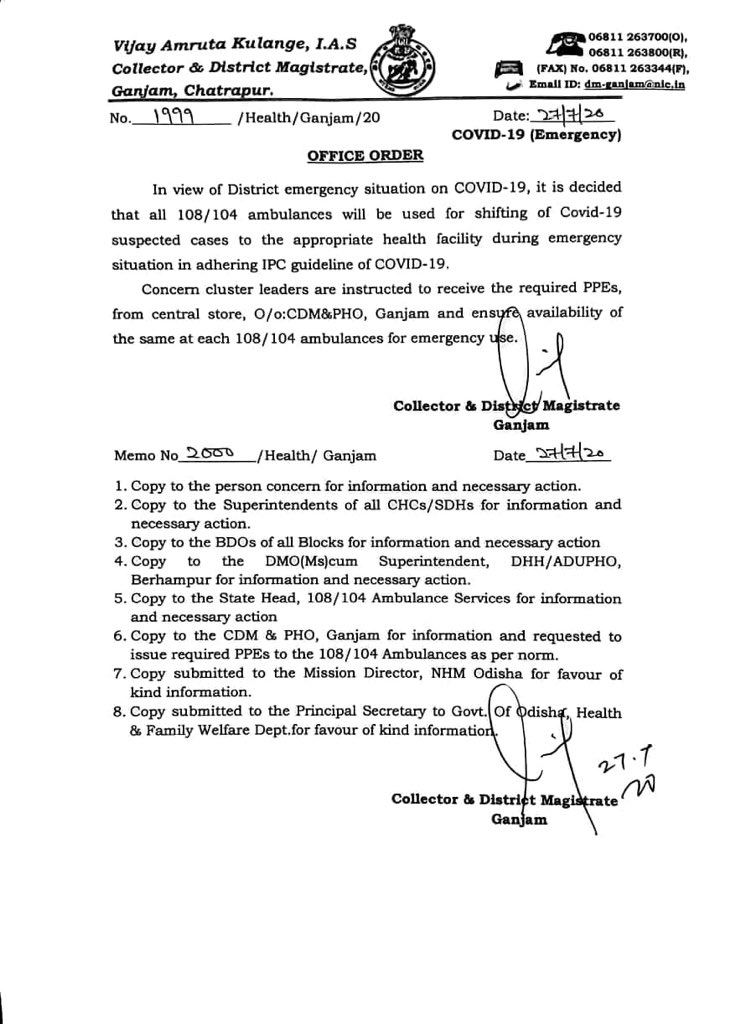 Earlier, a video showing a kid arguing with the Ambulance Driver who refused to take his father to hospital, citing COVID guidelines and later telling in a choked voice that he lost his Dad due to negligence of the ambulance staff, had gone viral on Social Media.

As the Social Media erupted, the Ganjam Collector initially tried to put up a volt face saying the family did not cooperate with the ambulance staff and the patient was shifted later.

However, the video he tweeted also showed how the family tried to shift the patient in an auto-rickshaw after being denied service by the ambulance staff. Although the Ambulance returned to take the patient, it was too late. The patient succumbed during the chaos.

At pain to see this child getting snubbed by the 108 Ambulance Staff in Brahmapur, leading to the death of his father.

Due to negligence & mismanagement of the Govt and Administration, a family is devastated today.

When will things improve in CM's home district Ganjam? pic.twitter.com/cmzv3ueIHn

WATCH: Allegedly snubbed by 108 Ambulance, Patient dies at his home in Berhampur, #Ganjam .

Statement of Son of the deceased as well as their arguments between the Ambulance Driver & Family Members captured in the viral video. #TheNewsInsight pic.twitter.com/Byev4vAu4V