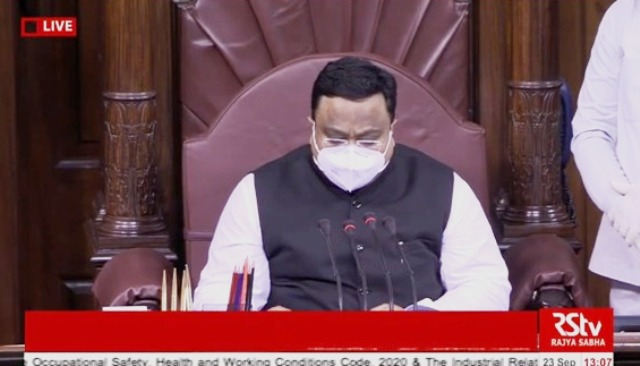 The MP presided in the Rajya Sabha today and oversaw the voting and passage of the three Labour Bills.

He has been consecutively presiding in Rajya Sabha over the past 3-4 days.